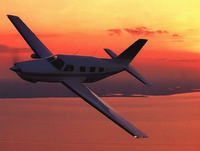 So, it’s the holidays and I travel a lot around the holidays.  Recently, I sat next to a woman on a short hour-long flight.  We did the little awkward half-smile when she sat down, then I promptly fell asleep before the plane took off.

About half way through the flight, I awoke and somehow got chatting with my neighbor. Only a few sentences in, “it” came up. She’d asked a simple question, but the answer would disclose that I have narcolepsy. Should I divert the conversation or tell her?
I decided to go for it. I told her I have narcolepsy and knew exactly what was coming next — she paused for a split-second and nodded her head “yes,” in apparent recognition of narcolepsy.
I used to cringe at the pause-and-nod, fearing where the convo would go from there, as it could take one of many directions.  The person could ask, “So could you fall asleep right this second?” or they might offer an anecdote about a time they fell asleep in an odd place.  I used to smile and nod back politely, realizing we weren’t on the same page.
Worst of all, the pause-and-nod could be followed by nothing at all.  During the first two years following my narcolepsy diagnosis, I dreaded this nonchalant conversation drifter the most.   It was not uncommon that after saying I have narcolepsy, a person simply paused, nodded and moved on to another topic, as if I’d just reported a random tid-bit like tomorrow’s weather or the score of a sports game.  Time after time, I watched in disbelief as a major part of my life fizzled and disappeared in the empty space between others and myself.
After collecting a handful of distasteful exchanges, I stopped telling people about my narcolepsy as freely.  I told superiors only to explain particular behavior or actions.  I kept the information private from casual friends and acquaintances.  I even hid narcolepsy from a guy I liked until our fourth date when I panicked and awkwardly busted it out with full-blown tears as if I’d been holding back top-secret classified government secrets from him for years.
All this changed after I graduated from law school and moved to Washington DC to begin working on a memoir about my experience with narcolepsy.  In DC, people strike up conversation with the question “What do you do?” This took me off-guard, as work status was a third or fourth layer conversation topic in Boston.  And what would I respond? I was working full-time on a memoir about narcolepsy…
Ready or not, I began talking about narcolepsy quite a bit. I’ve told countless acquaintances, strangers at bars, fellow passengers on flights, store employees and nail technicians.  I’ve perfected my “talking points”  – and depending on circumstances, I can steer the conversation in many different directions.  I wait for follow-up questions and always maintain control over the tone and direction of the conversation (At the bottom of this post, I’ve drafted a few general guidelines and sample responses to common questions.)
On this particular plane ride, the woman next to me was very fascinated to hear my story.  Like many other people, she enjoyed learning about something she’d “heard of” before but didn’t know much about.
I now see these interactions as opportunities to raise awareness.  Maybe someday one of the people I’ve told will think of narcolepsy when someone they know has issues with sleepiness or experiences muscle weakness with emotions.  Putting narcolepsy on people’s radars has become a fulfilling part of my life.  I no longer dread these conversations, instead looking forward to them – relishing in the pauses and inquisitive looks. I expect the odd-ball questions and I am caught off guard when someone has a cousin or friend with narcolepsy and already knows what it’s really about.
Most importantly, I no longer let others’ misperceptions or lack of knowledge about narcolepsy control the conversation or shape my self-image.   I still encounter conversation-drifters.  Some people aren’t interested in learning about narcolepsy.  Like sports or ballet, health and science aren’t everyone’s cup of tea. I accept this and move on. Yet strangely, it is often the people I least expect who are moved by my story.
In closing, wishing everyone safe travels and abundant happiness this holiday season! Thank you for reading my blog and supporting my experience this past year.  Sharing my story here has given me the strength and courage to raise my voice in other spaces.
A few general guidelines for conducting conversations about narcolepsy:
A few of my favorite responses to general questions about narcolepsy:
Q: So that’s the thing where you fall asleep all the time?
A: Sleepiness is an aspect of narcolepsy, but it’s a much more complicated disorder.
Q: Could you fall asleep right now?
A: Probably not. I experience episodes of extreme sleepiness, but it’s generally brought on by situations that would make anyone tired (like dark rooms, hot rooms, and jet-lag), but these situations make me 100 times more tired than a normal person.
Q: So how does that work – were you born with it?
A: No, people aren’t born with narcolepsy. It’s an autoimmune disorder in which a particular group of cells in the brain deteriorate. Scientists are still figuring out what causes the autoimmune attack on these particular brain cells.
Q: Is there treatment?
A: I manage my symptoms by taking medication twice a day and twice a night. I also nap twice everyday. The best medications improve my symptoms somewhat, but make me sick in other ways.  It’s a give and take situation.
Q: Is there a cure?
There is currently no cure and better treatments are needed, but scientists are working towards one, so hopefully someday!
Posted in Narcolepsy, Narcolepsy Awareness, Narcolepsy Blog, REM Runner Blog, Sleep, Sleep Disorder, What Is Narcolepsy? and tagged Narcolepsy, narcolepsy blog, narcolepsy memoir, Sleep, sleep blog, Sleep Disorder, Sleep Health, sleep memoir