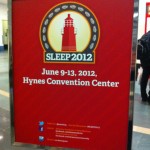 I’m pleased to share groundbreaking results of “AWAKEN,” a survey finding that only 50 Percent of Americans understand significant health impact of narcolepsy, and that many physicians are not comfortable diagnosing narcolepsy. Despite the serious nature of narcolepsy, Americans also misperceive its severity compared to other diseases of similar health concern or prevalence. The results were released this past week in conjunction with the international SLEEP 2012 conference in Boston, MA.

The press release states:
“A survey of narcolepsy awareness conducted in the United States and released today by Jazz Pharmaceuticals (JAZZ) confirms that while the majority of Americans view sleep as highly important, only half (50%) believe narcolepsy can significantly impact overall health, despite evidence that symptoms of this serious sleep disorder can be severe enough to disrupt a person’s social, personal and professional life and limit their activities. Findings further reveal that compared to a set of other diseases of similar concern or prevalence, such as Parkinson’s and multiple sclerosis, narcolepsy was rated among the lowest in severity, and only 55% of adults who had heard of the disease considered it to be ‘very or extremely serious.'”

As a person dedicated to raising awareness about narcolepsy, I’m so grateful the AWAKEN survey examines this issue.  My anecdotal evidence from speaking with friends, family, strangers and medical professionals about narcolepsy would lead me to suspect similar results across the country.

Do not get discouraged. Eyes are opening to narcolepsy. Perceptions are shifting. I’ve watched it many times. People often thank me for informing them. Each conversation is a golden opportunity to affect change and make a difference!

For more communication techniques: I am a Person With Narcolepsy and I’m Proud, The Pause and Nod and The F-word. Please read more about AWAKEN in the Press Release.

“We shall overcome because the arc of the moral universe is long
but it bends towards justice.” -Martin Luther King Jr.