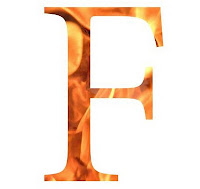 The F word is my favorite word and the subject of today’s post.

“So what is narcolepsy exactly?” someone asks.

A thousand words race through my head.  If I was a computer, my screen would freeze at this point. System non-responsive… I spit out a few nonsensical statements and then shut down. Communication failure.

Where do we begin? How do we avoid system failure?

In a previous post, I offer a few basic communication guidelines:
1. Keep an upbeat tone
2. Leave out big science-y words
3. Less is more – I limit myself to 1 or 2 sentence responses and let people follow up if they’re interested.

To follow these guidelines – the F word comes in handy:

F is for FASCINATING

Narcolepsy is a fascinating disorder. The symptoms are fascinating. The science is fascinating. (You don’t have to say “fascinating” over and over, but you get the point.) 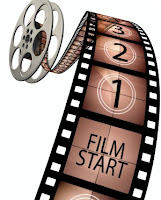 Think of this as the trailer for your movie.

Someone asks, “What’s it about?”

If you say, “It’s about a terrible illness with no redeeming qualities that no one cares about or understands.”

Do you think people will line up outside the theater to see that movie?  Would you? I wouldn’t. Life is busy and stressful and everyone has problems and hardships of their own.

By describing narcolepsy as fascinating – you are saying, “I know something cool that you don’t know…”

Once they buy a ticket – you can get into more serious stuff.  Is this false advertising? I don’t think so.

Narcolepsy is truly fascinating. In later posts, I will discuss how to balance the gravity and seriousness of the disorder with the redeeming qualities that will make everyone glad they attended the movie.

Note: This post is derived from my communications presentation, “Advocating for Yourself and Your Health” at the national Narcolepsy Network Conference 2011 in Las Vegas. I received overwhelming positive feedback about this session, so I’ve decided to share key nuggets of wisdom here…  My secret weapons, if you will.

Thanks so much for taking an interest in raising awareness about narcolepsy!

10 Things You Didn’t Know about Narcolepsy