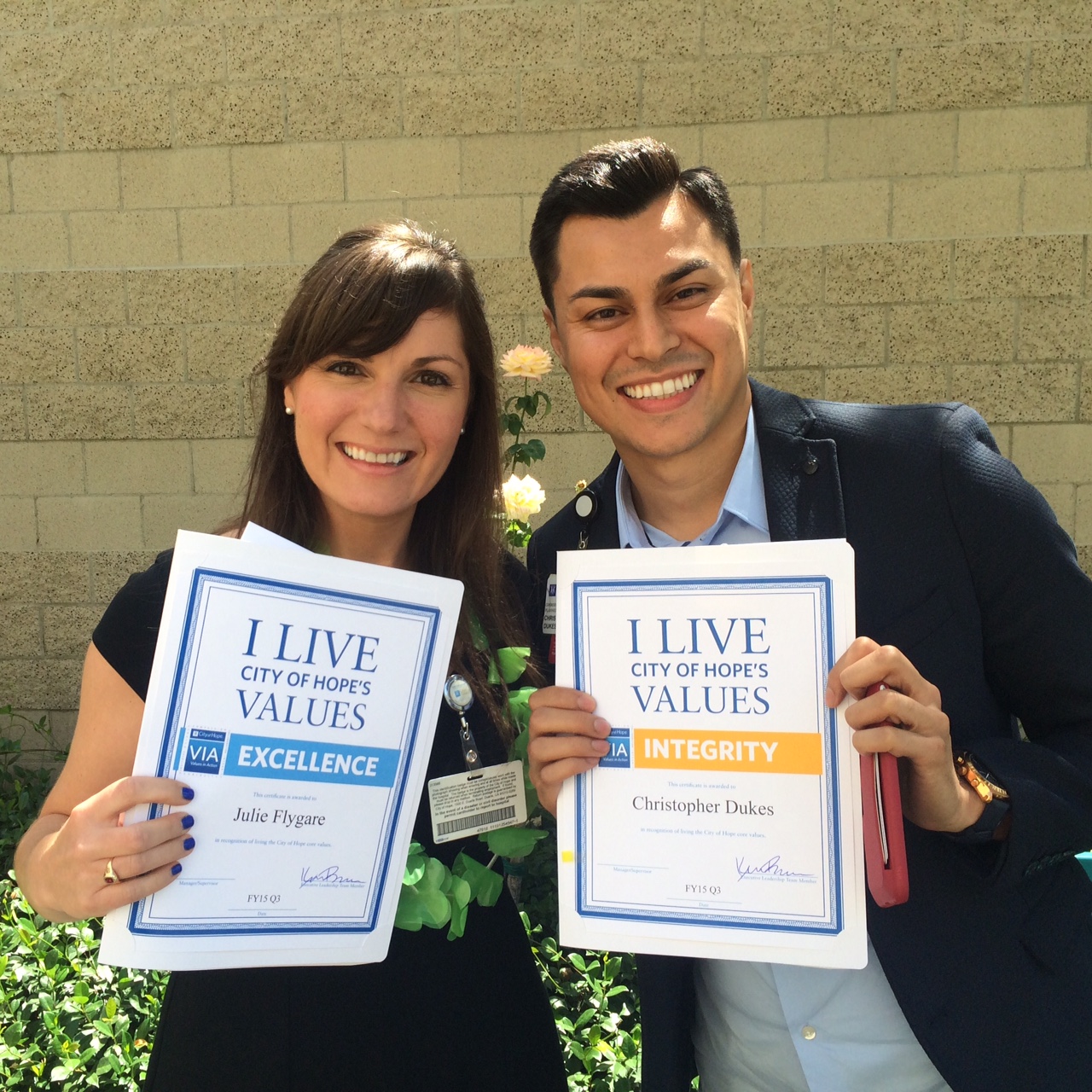 On Friday, I was so surprised to be awarded a Values In Action (VIA) award for “Excellence” at work! As I approached the stage, the presenter read the comments from my nomination:

My eyes filled with tears and my hands shook slightly accepting the award. Sure, its not like I won an oscar or the lottery, but as a person with narcolepsy, this was an incredible moment of personal and professional triumph. Thank you to Lara for nominating me! Congrats to Chris and Rachel who also won VIA Awards this quarter.

I’ve been working at City of Hope for 13 months and I absolutely love my job. When people ask me how I like Los Angeles, I find myself responding: “I love my job. And the weather.” In that order.

However, working full-time with narcolepsy has also been a journey for me and I’ve fought some of my own demons and insecurities this past year. I haven’t shared this journey with many people because I’m not so proud of how I handled everything. But here’s the honest truth.

In June 2014, I landed this full-time job as a writer at City of Hope, an amazing non-profit cancer research and care center in Los Angeles. The job was perfect for me and I really liked the people. At the same time, I was a bit scared to start working full-time in a traditional office setting, after a few years of doing part-time and contract work from home.

In an effort to fit in and prove myself, I didn’t mention my need to nap.

My boss and co-workers knew I had narcolepsy, as my narcolepsy advocacy had been discussed in my interviews and viewed as a strength in my application. However, after I secured the job, I quickly realized they didn’t know what my narcolepsy meant in a day-to-day practical sense…. And I didn’t bother to explain… for the first six months.

For six months, I fought napping, but really I was battling my own self-guilt and fears. It was a dark time, and looking back, I’m ashamed and sad that I let this go on for so long.

I cannot defend the length of time that it took me to begin talking openly about my need to nap. I realize this makes me a hypocrite, as I encourage others to live proudly and make accommodations for their symptoms to succeed in life, as opposed to living in denial and letting narcolepsy sneak up on us.

My only defense for myself is that I felt so incredibly lucky to have this great job and I didn’t want to do anything to rock the boat. Yet at the same time, in my free time, I was writing a textbook chapter on educational and employment accommodations for narcolepsy, so I knew the legal protections in place and felt that there was a strong precedent for receiving nap accommodations in the workplace. 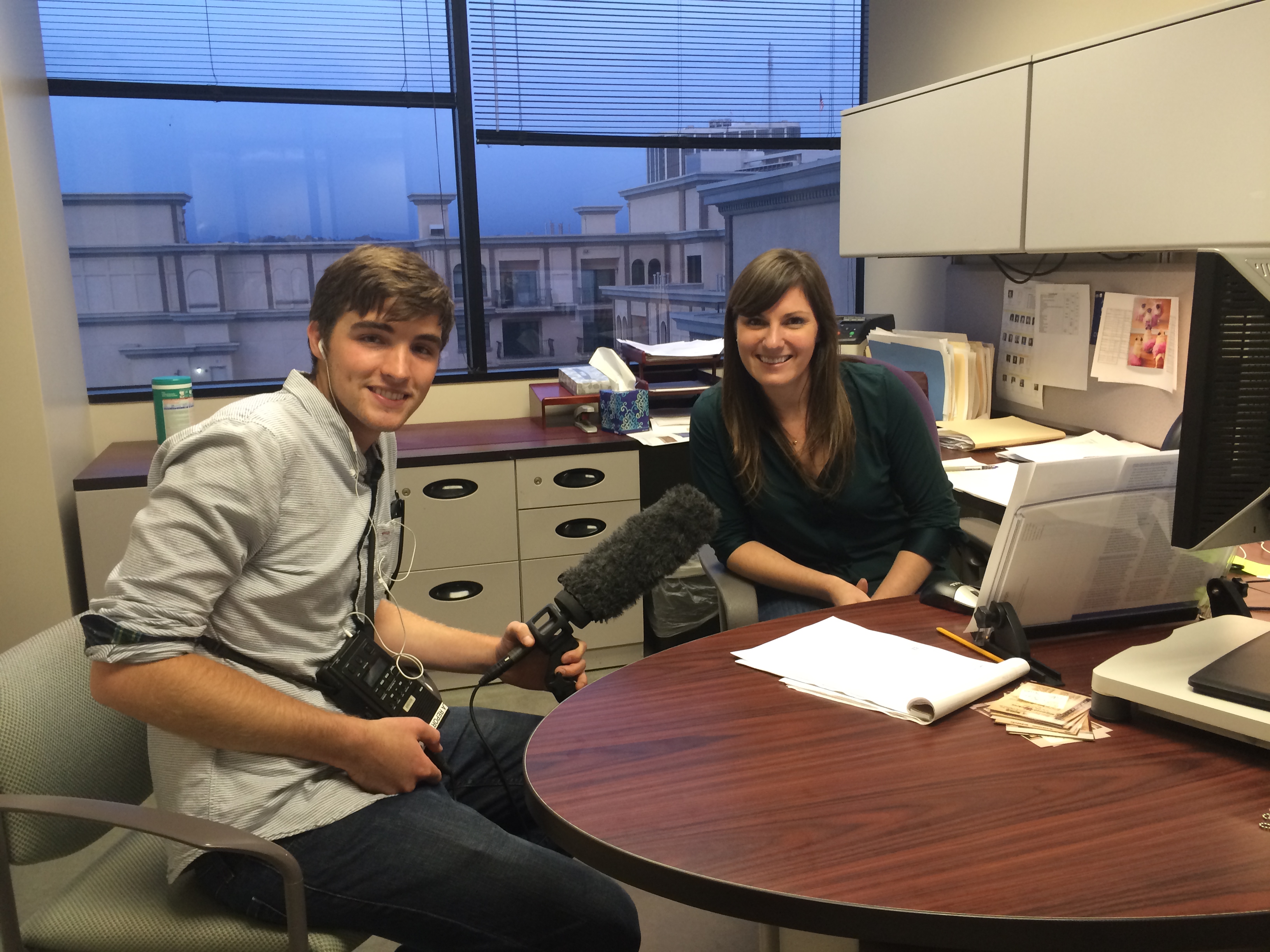 NPR Interview in my office

Truthfully, I didn’t think my boss would react badly. Health issues were discussed with ease and empathy amongst team members. When NPR wanted to come to the office to interview me for a “Day in the Life of a person with narcolepsy” story – my boss, my boss’ boss and my boss’ boss’ boss all gave permission with enthusiasm and pride. My team has been supportive of all my outside narcolepsy efforts.

So why did it take me so long to ask for nap accommodations?

Ultimately, I was afraid to start what I perceived to be a “difficult conversation”.

I wish I could say that after six months, I woke up one day with clarity and marched straight into my boss’ office and asked for nap accommodations. But this story didn’t go like that either…