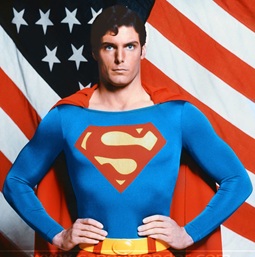 You never know where a run will take you. In the case of my first training run, I didn’t expect to end up in the parking lot of a Best Western Hotel, a sweaty mess, waving down my roommate.

The first half of the run was euphoric (as detailed in my last blog post).  I ran past marble monuments, along grassy trails, into a pink sunset.  However, I was so taken by the new scenery that I lost all concept of how long I’d been running…

Earlier in the day, I’d quickly mapped my route online. I hadn’t measured the distance, I just figured it was about 4 or 5 miles. No sweat.

After passing by Reagan Airport, the beautiful sunset turned to dusk.  I began feeling stiff and the tendinitis in my knees was inflamed. I checked on my “smart phone” to see where exactly I was along my route. “How much further?!” I thought.

I still had quite a ways to go… It was getting dark quickly and this was my first time on these paths. Although the paths were still busy with bikers, runners and walkers, I started to get slightly nervous about whether I would make it back to my new house by dark.  On weary legs, I ran faster.

The idyllic scenery turned sour. I passed by a water treatment plant. I crossed under heavy duty power-lines. My breathing was heavy, so I stopped to walk and check my location on my phone again… I wasn’t close to home.

One of my roommates was cooking a “family dinner” for all of us that evening. I was in charge of dessert. I’d baked the carrot cake (my mom’s world-famous best-carrot-cake-ever recipe) the night before, but still needed to frost it. I texted my roommates to tell them I was going to be home a little late, that my run was taking longer than I expected, and to go ahead and start eating without me.

“Okay,” my roommate texted back, “but we’re in no hurry to eat. Do you want us to come pick you up?”

Pick me up?! Her offer was sweet, but was she serious? I was out getting exercise. I didn’t need a chauffeur.  I texted back, “No thank you. See you soon!” and returned to running/sprinting.

About 30 seconds later, I realized this was ridiculous.  It would be dark in a half hour to an hour. Much to my own surprise, I needed saving. I called my roommates and politely asked if someone could come get me. I found a good spot for us to meet – a Best Western Hotel.

“Wait for me in the lobby!” said my other roommate, as she hurried out the door to come get me.

Ten minutes later, I heard a car honk. There was my roommate waving and smiling, as she pulled into the parking lot. Totally soaked in sweat, I reclined into her nice air-conditioned car and we sped off back home.  She insisted we stop at 7-Eleven for Gatorade. I bought 5 Gatorade bottles and chugged them all by bedtime.

I showered quickly and sat down for a delicious pasta dinner with my new “family” of roommates. Between my two roommates that night – they saved and fed me. I am very luck to have them. Sometimes Superman doesn’t come in a spandex suit and a cape. Sometimes Superman is two good friends, looking out for you when you’ve lost your way.

Later, I mapped my route and calculated the distance (something I should have done before instead of after). By the time I reached the Best Western, I’d already run 7 miles. If I’d attempted to run the rest of the way home, it would have been over 12 miles total.

This was a low moment for me – standing in the Best Western parking lot getting into my roommate’s car because I couldn’t run the rest of the way home. But it was certainly the safe and right decision to admit defeat.  In the future, I promise to be much more careful and conscientious about my routes, distances, and timing.