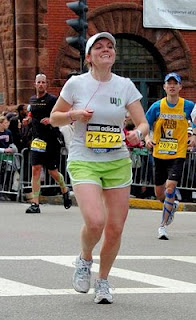 The first half of the marathon, running through Hopkinton, Ashland, Framingham and Natick can be summed up in one snapshot – me being passed.  I wasn’t passed by a few runners, I was passed by everyone. The gazelles flew by first, rubbing elbows with me as they weaved their maze around the slower runners – the hares dancing circles around the tortoises before leaving us in the dust.

Seeing the wide variety of runners, every preconceived notion I’d ever had of what “it takes” to run a marathon was shattered. It was inspiring to see so many people with obvious limitations running around me.  Of course, it was also humbling to watch them pass me by, but I let them go and stuck to my plan.

Running a marathon is perhaps one of the most personal tests of strength and endurance, yet taking this test amongst masses of other people, I had to remind myself over and over – that none of these other people mattered.  I wasn’t racing them – I was only racing myself.  Since the beginning of my training, I’d had one and only one goal – “to finish.”

After my first 20 minutes of cautious running, I began my run/walk routine, as planned  – running 8 minutes and walking 2 minutes. My tendinitis in my left knee flared up in my 6th mile, which was exactly where I expected it. This pain became increasingly uncomfortable as I ran, but after each walk break, I started up feeling fresh and energized again, with little to no pain in my knee. The tendonitis continued to bother me, but the pain never became excruciating. I believe the walk-breaks saved me.

Passing into the town of Wellesley, a few distinct images come to mind – Wellesley College students (all women) lined the barricades of the street, holding an extensive variety of “Kiss Me” signs. Everything from “Kiss me, I’m Alaskan.” to “Kiss me, I’m a Freshman.”  I didn’t see them getting any kisses, and I can’t imagine they actually wanted to kiss sweaty runners, but their signs were very entertaining. 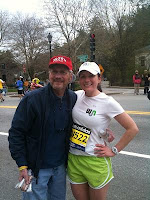 Also in Wellesley, was one of my cheering squads – my Dad, stepmom, my friend Lillian and her parents. I was worried I might miss them, so when I did spot them in the distance waving wildly for me – I was filled with happiness. My knees weakened slightly, which was a small attack of cataplexy. I didn’t like feeling this and was a little afraid that it might get worse, but there was nothing I could do about it now. I would just have to wait and see.

I stopped to say hello and take a few pictures with my cheering squad. They all said I looked great, and I reported that, “surprisingly, I feel great!” I said goodbye and continued on my way – passing the half way mark in exactly 2 hours, 24 minutes and 55 seconds.

Wellesley was quickly followed by Newton. I started to recognize the roads and landmarks around me – as Newton is home to both Boston College Law School AND “Heartbreak Hill.”  Miles passed where I only thought of logistics: “When was my next walk break?” “What song did I want to listen to next?” “When should I eat my next GU packet?” “Should I drink water or Gatorade at the next hydration station?”

I was oblivious to most of spectators, trying to keep my gaze steady on the ground to avoid any further moments of cataplexy weakness.  But still, in the corner of my eye, I watched in amazement at the generosity of the spectators along the way.  Adults and children alike held out orange-slices, Twizzlers, freeze-pops, brownies and pretzels.

They held signs for individuals; they held signs for charity organizations; they even held signs that says “Go Everyone!”  There were posters displaying the score of the Red Sox game, to keep the runners updated.  People played cowbells, others played bongo drums, and many more played music and danced wildly from the balconies of houses and bars.  If nothing else to offer – they held out their hands for high-fives. It really was tremendous – not one inch of those 26.2 miles were without support. 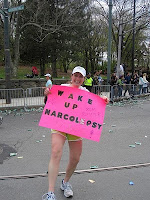 I took my time up the notorious Heartbreak Hill, running with very short mini-steps, but by now, I was no longer being passed. By now, I was passing people. Reaching the top of Heartbreak Hill at Boston College’s main campus, I began to let my legs go – stretching out to run as fast as they pleased. 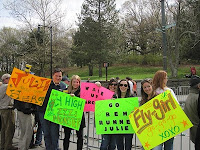 I booked it down Commonwealth Avenue towards Chestnut Hill Avenue, knowing that a huge group of my friends were watching from there – the same place I had walked by at 5:45am that morning. I was so happy to see my friends, and they had some amazing posters! I took a few pictures and was off again. Surprisingly, I still felt great. 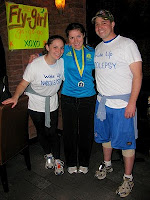 In Cleveland Circle, I met up with Dan and Ashley, two friends who’d offered to run part of the way with me. They were decked out in AMAZING homemade Wake Up Narcolepsy t-shirts! We ran together through Washington Square, passing people left and right. I continued on by myself through Coolidge Corner towards Fenway and Kenmore Square. Around this time, I stopped taking my walk breaks – confident my body would hold up for the last few miles. 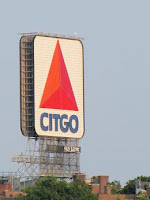 When I saw the Citgo Sign in Kenmore Square – it hit me full-force – I would be finishing the Boston Marathon! My throat tensed, I was choking up – almost compulsively about to cry upon seeing the Citgo Sign. I held back from crying, not wanting the medical staff (who were watching us closely now) to think that I was in pain or that something was wrong. 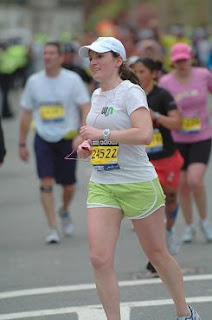 Nothing was wrong – everything was just so incredibly right that I was overwhelmed with emotion. Instead of crying, I smiled a big creepy gawking smile – totally bursting with happiness from ear to ear.

So what did it feel like as I rose my arms high in the air and crossed the finish line? It felt like floating – it felt like being inside someone else’s body – someone stronger, someone bolder, someone healthier than myself.  To be honest, I never thought that this body would cross the finish line of the Boston Marathon. But I guess I proved myself wrong. In 4 hours, 41 minutes and 16 seconds, I finished. 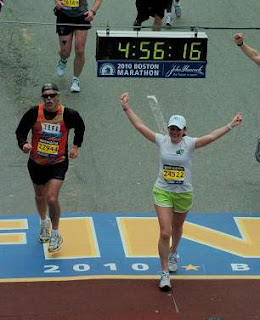 Runner John Bingham once said, “The miracle isn’t that I finished.  The miracle is that I had the courage to start.”  Looking back on this entire experience, I know that if it weren’t for narcolepsy, I may never have taken on this challenge. My experience with narcolepsy  – however difficult – has awoken an urgency in me to live my life with intention in the moment.  In the case of the “REMRunner,” narcolepsy gave me the courage to start, and for that – I am forever grateful. 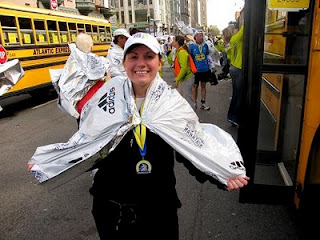