Goosebumps raised on my arms as we shuffled into the fake hospital exam room at Stanford Medical School. I hate hospital exam rooms, even fake ones apparently! About twenty of us lined the walls to watch two simulation exercises. 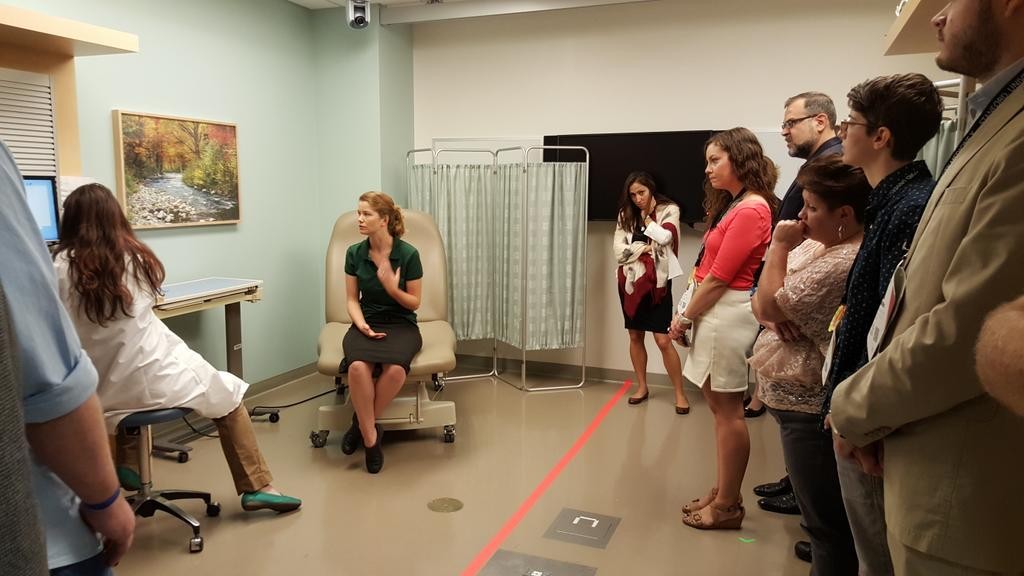 In the first simulation, a real-life patient played a “doctor”, wearing a white coat and delivering a life-changing diagnosis to a patient. It was hard to watch, no matter what the “doctor” said, it didn’t seem right or good enough. 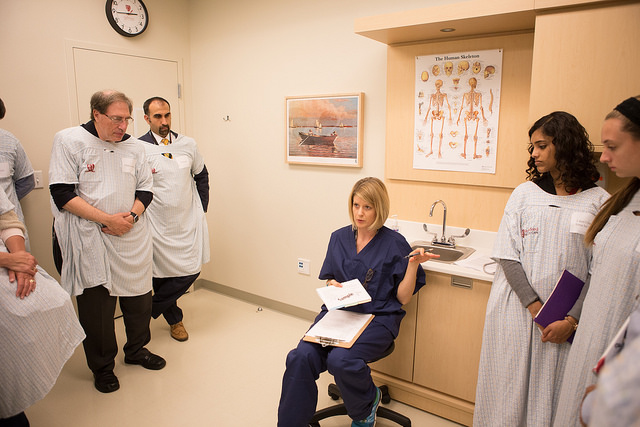 In the second simulation, a real-life doctor played the “patient”. I couldn’t help but chuckle when the tall, confident, well-dressed doctor entered the exam room sheepishly sporting a hospital gown. As the “patient” in this exercise, he was visiting a specialist expecting to receive a suspected disease diagnosis. However, the specialist explained that the “patient” didn’t have the disease he thought and referred him back to his primary care.

“What do you mean you don’t know what’s wrong with me?” His voice cracked at a high pitch.

The rug had been pulled out from under the “patient”. He stumbled over his words, floundering to make sense of where he found himself now (in non-diagnosis-land) and grasping for answers from the specialist, who quickly excused herself and exited the room… leaving the “patient” lost and alone. Sound familiar? It’s a place many of us patients have been.

Afterward, the doctor who’d played the “patient” reflected that this 15-minute exercise had fundamentally changed the way he would conduct himself as a doctor in the future. For me, this encapsulates the power of MedX.

Just imagine if we could capture this experience in a capsule for all healthcare providers to take. The drug would be called MedX and I can see the warning label now… 😀 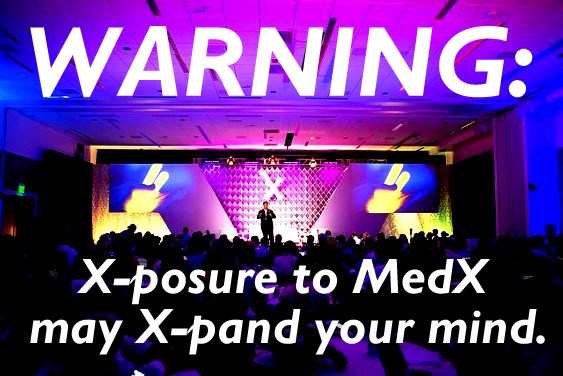 From outsider to ePatient scholar:

As a narcolepsy advocate, I’ve attended and spoken at my fair share of healthcare and medical conferences as THE patient. While I’m thankful for these opportunities, I often feel like an outsider, a circus animal or mythical creature shipped in for observation and entertainment. Why do I feel like an oddity in healthcare conversations?

At MedX, I am called an “ePatient Scholar” – the e stands educated and empowered, etc. MedX’s leader, Larry Chu, MD, passionately conducts this academic conference to bring together ALL stakeholders (patients, providers, technologists and researchers) to innovate healthcare and medicine.

While many people pay lip-service to the buzz words “patient-centered care” and “patient engagement”, MedX has been on the leading-edge of patient engagement since before it was trendy. At MedX, I was respected for being an ePatient scholar, without having to jump through hoops or flash a resume of credentials to prove myself. At MedX, my opinion mattered.

I came to MedX not sure what to expect.

Over the weekend, I heard speakers articulate things that I’d never found words to describe:

I was deeply moved hearing many different perspectives: 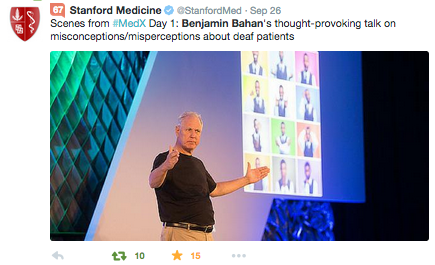 I learned about important issues facing other patient populations:

Impromptu conversations in hallways and at the hotel opened my mind to new ways of thinking. 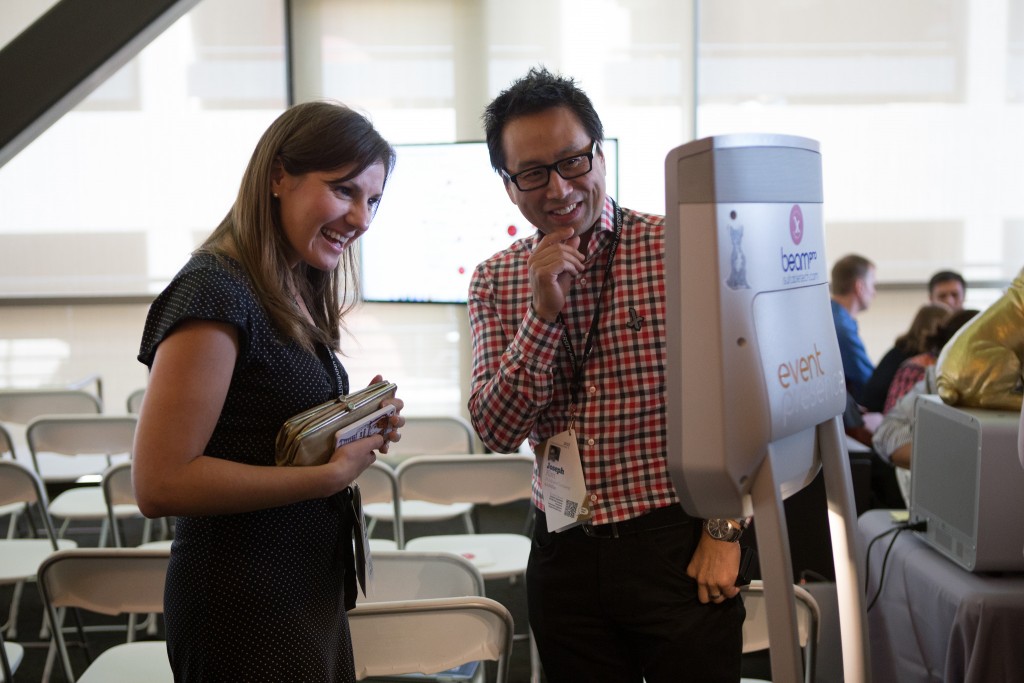 Zoë Chu serves as MedX’s Chief Evangelist and Mascot. As a self-proclaimed dog stalker, I’ve been following Zoë on the IG for a while and consider myself a superfan. I must admit, I felt shy finally meeting this super-dog, but it was love at first cuddle! 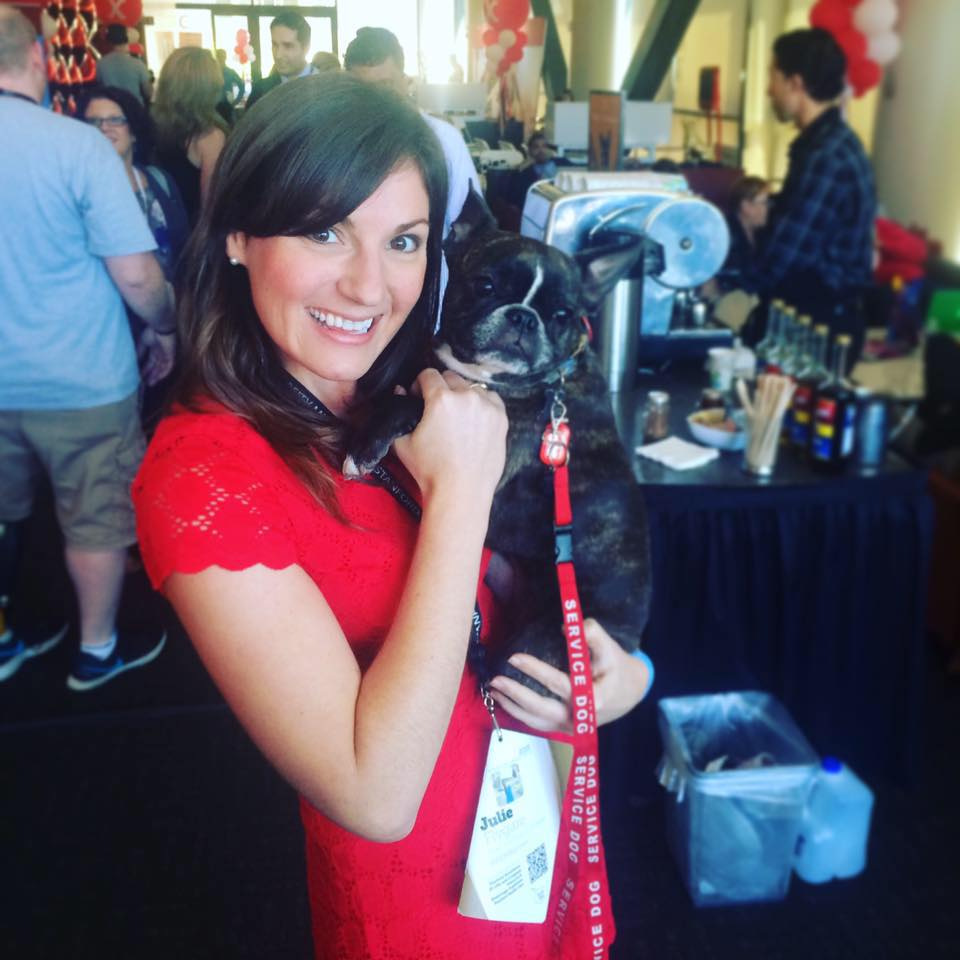 Caution: Empowered Patient On the Loose!

MedX changed me. I’ve always considered myself pretty darn empowered, but since the conference, I’ve been empowered-to-the-max, raising my voice up more than ever. And it feels great! This reminds me of one of my favorite quotes:

The best is yet to come:

Since MedX, I’ve also been reading up on all the papers and articles suggested at the conference. My #MedXHomework is helping me get through my #MedXHangover, as I miss the PEOPLE of MedX so much.

One of my favorite quotes from my MedX homework so far:

“We’ve trained a generation of experts in the wrong way. What we need to do is train them to be a different kind of expert, but it’s very hard to do. Listening to the people you are trying to serve, letting them take the lead, helping them visualize and make happen their dreams and visions, instead of saying ‘we know better’ – it doesn’t work!”

Now, I feel that my journey as an e-patient has only just begun. Or as MedX says “The best is yet to come!”

Dr. Larry Chu, the MedX program coordination team, Executive Board and ePatient Advisors – for warmly welcoming me to your amazing conference this year. I’m forever grateful for your generosity and the opportunity to attend and speak!

Thank you to Alicia Staley for telling me about MedX almost two years ago. In January 2014, Alicia told me, “You MUST go to MedX” with such passion that I believed her (talk about advocacy skillz)! Boy, was she right. It was so wonderful to spend time with Alicia at MedX this year.

Thank you to Joseph Kim for knighting me “the David Bowie of Patient Advocacy” and for believing whole-heartedly in the patient voice in healthcare. You rock! 😉

Of course, three cheers for all the amazing ePatient Scholars for sharing this journey with me. (I wasn’t in this photo, as I was on route to the airport but love the energy!) 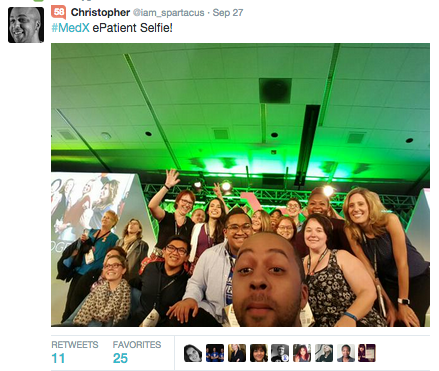 Read about my X-perience speaking at MedX – coming soon!