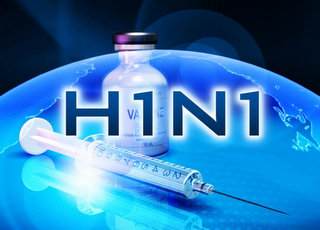 What causes narcolepsy? I wasn’t born with narcolepsy but developed it in my late teens to early 20’s.

Evidence continues to suggest that influenza A (including H1N1) and other winter airway infections play a significant role in narcolepsy onset. However, the role of H1N1 vaccination is a different story, suggests a recent study led by Dr. Emmanuel Mignot.

About 3 million people worldwide have narcolepsy today.  Dr. Mignot’s latest study explores the connection between influenza and narcolepsy in China.
The study examined the time of year that patients developed cataplexy and sleepiness, finding that the symptoms usually occurred about 5 to 7 months after the peak flu/cold or H1N1 infection season. The least number of cases developed in November and the most in April.  Researchers believe the seasonal onset pattern is significant.

“Together with recent findings, these results strongly suggest that winter airway infections such as influenza A (including H1N1), and/or Streptococcus pyogenes are triggers for narcolepsy,” reports the study published today August 22 in Annals of Neurology, a journal of the American Neurological Association and Child Neurology Society.

In  2009, Mignot and colleagues confirmed that narcolepsy is an autoimmune disease, caused when patients’ immune systems kill the neurons that produce the protein hypocretin.

Why does this happen to some people but not others? Scientists believe that  an individual may have a “genetic predisposition to the disease, and some environmental factor kicks his or her immune system into action leading to narcolepsy.” In Caucasians, Streptococcus pyogenes infections, such as strep throat, have been shown to precede narcolepsy onset, similarly indicating that upper airway infections play a role.

“Last year, several European countries reported new cases of narcolepsy in children who had been vaccinated for the H1N1 strain of influenza; children who received the Pandemrix H1N1 vaccine in Finland, for example, faced a ninefold increased risk of narcolepsy,” describes Stanford University’s School of Medicine’s news articletoday.  “The World Health Organization led an investigation and determined that something about this particular vaccine acted in a ‘joint effort’ with ‘some other, still unknown factor’ to increase risk in those already genetically predisposed. (Pandemrix contains two adjuvants to invoke a stronger immune response; these additives are not included in the H1N1 vaccines used in the United States and China.)”

Importantly, this paper suggests a connection between the onset of narcolepsy and H1N1 infection, as opposed to H1N1 vaccination.  In the patients interviewed, very few (about 5.6%) remembered receiving the H1N1 vaccine.
Dr. Mignot believes that there may be a significant difference between the Pandemrix vaccine used in Europe and those used in the United States and China.  More research is underway to determine if and why Pandemrix causes a strong autoimmune reaction and increases the risk of narcolepsy.
However, Dr. Mignot still believes that receiving a H1N1 vaccination (not Pandemrix) is important for personal safety and public health, explaining, “It’s very possible that being vaccinated with a mild vaccine, one without the adjuvants in question, blocks you from getting a big infection that could increase your risk of narcolepsy.”
Certainly no one wants to see an increase in narcolepsy cases worldwide as we’ve seen these past few years.  However, the wizard of narcolepsy is hopeful that we are narrowing in on why this is happening, stating, “We’re much closer to understanding what’s happening in the autoimmune destruction of hypocretin cells.”
For more information, please read the news report: “Stanford study draws connection between narcolepsy and influenza,” Stanford University School of Medicine, August 22, 2011.