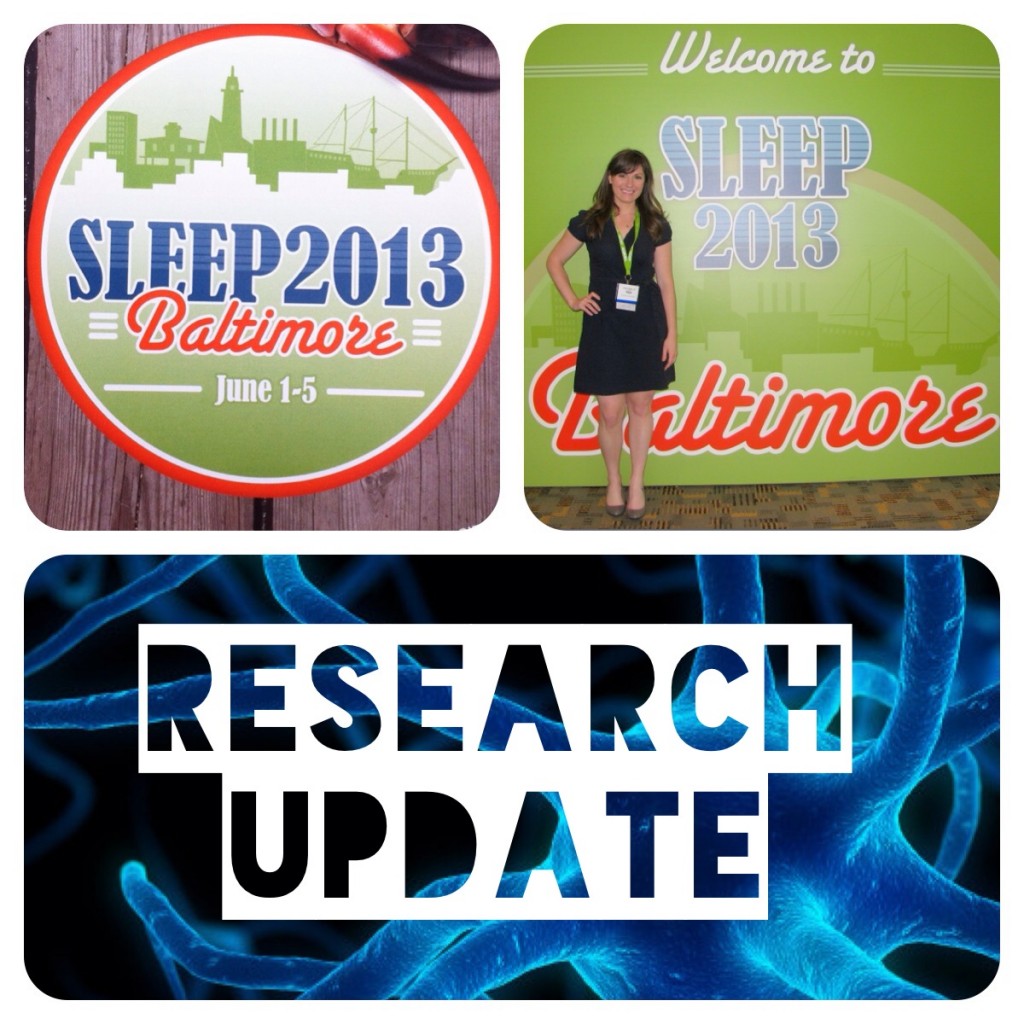 At SLEEP 2013, I attended many fascinating sessions exploring the frontier of sleep science. I am not a scientist, but as a sleep and narcolepsy advocate, I will provide major takeaways from SLEEP 2013’s scientific program in upcoming blog posts.

At the meeting, new data from Finland, France and China further suggested a link between narcolepsy and H1N1 vaccination or infection. (In Finland and France – with Pandemrix vaccination. In China – with H1N1 infection without vaccination.) My first blog post on this topic is here.

1. Now that more time has passed since the 2009-2010 H1N1 flu pandemic, there is a clearer picture of the spike in narcolepsy cases likely associated with the 2009-2010 winter peak season of H1N1 flu infection or vaccination. The increase came on quickly, and since 2010, has steadily decreased. Now, incidence rates have returned roughly to what they were before 2009 (thank goodness)! This spike indicates that something particular happened during this time period.

2. New data from Finland and France suggests a strong association between the Pandemrix H1N1 vaccine and narcolepsy in children and adults. Previous data focused on the increase of pediatric cases in Europe, but adult populations were likely affected too. This broadens the scope of the discussion.

3. Interestingly, while Finland, Denmark and Sweden experienced huge increases of cases in 2009/2010, other European countries did not – like Italy and the Netherlands. This variance may be, in part, due to vaccination standards varying from country to country. Where H1N1 vaccination was wide spread and systematic in Europe, increases in narcolepsy cases were observed.

REM Runner’s Look Ahead: The European H1N1 vaccine contained a strong ” adjuvant” to increase effectiveness, but this extra strength may have also caused a stronger immune system response in some individuals – leading to the development of narcolepsy. Although the American H1N1 vaccine did not contain the same strong adjuvant, I have heard of many narcolepsy cases developing within months of H1N1 vaccination in the U.S. Is my evidence anecdotal or statistically significant?

Also, Ireland was likely affected with many new narcolepsy  cases after the H1N1 flu vaccine, but I did not see Ireland’s data included in any presentations at SLEEP 2013.

While the H1N1 flu/narcolepsy connection saddens me, I hope this information continues to advance our understanding of the narcolepsy disease process. I hope we can prepare ourselves better in the future and minimize similar risks!

Come back soon for more research updates from SLEEP 2013!