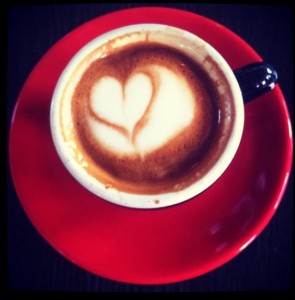 Writing for me is time-traveling.

On January 16, 2012, I sipped a steaming hot soy latte at my favorite coffee shop in Arlington, Virginia, cued up the classical piano in my headphones and closed my eyes.

On this day, my time-traveling destination was a hotel room in Albany, New York – four years earlier. The subject of the scene? Me and my dad, and a hug that stopped time.

The scene came back to me quickly. He stood at the door. He turned back. The hug. The sadness. The silence. Oh god, the silence.

But on this day – it was seamless. I wrote furiously, like a madwoman. Tears poured down my face. I didn’t bother to wipe them. I finished the scene in one sitting. 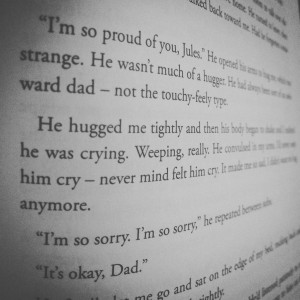 Afterward, I thought of my dad.

I should call him just to say “I love you”.

But the coffee shop was crowded and loud.

I’ll call him later, I told myself. 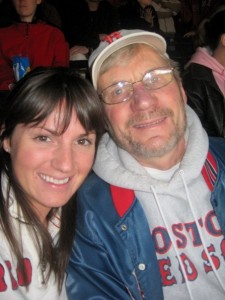 Just two weeks after my dad died, I stepped onto a fancy stage in front of a hundred people and delivered my first big narcolepsy presentation.

I was asked to read a passage from my upcoming memoir.

I read the Albany hotel scene.

It was hard. I shook. I cried. But I did it. I never mentioned that he had just died. That wasn’t the point.

Afterward, a big burly manly man said I’d moved him to tears. “I don’t know what it’s like to have narcolepsy, but I know what it feels like to be a father who loves his child.”

Interesting. I’d read the passage for somewhat selfish reasons, but it had proved effective in striking a different chord of empathy…

But let me back up. 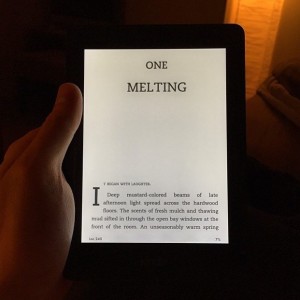 Graduating from law school in 2009, I thought our society deserved an honest look at narcolepsy. Having studied creative non-fiction writing in college, I decided to write a memoir.

Writing the first draft was exhilarated. I would feel so “high on life” after finding a new beautiful way of describing something.

However, the process wasn’t as cathartic or healing as I’d imagined. At times, I felt like I was living TWO lives with narcolepsy, the past one and the present one. I re-visited some dark places – especially to write “Undertow” (Chapter 8) and “Monster” (Chapter 11). 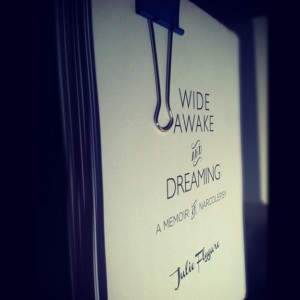 Entering the publishing world as an unknown author was challenging but exciting. In 2010, I secured a prestigious literary agent in New York.  (Once a writer has a literary agent, they say the chances of getting a publishing deal are about 8 out of 10.)

Together, we worked super hard to prepare my book proposal – a hundred-page business proposal and a writing sample.

In 2011, my literary agent began shopping the book proposal to major (dreamy) publishing houses she thought would be interested.  And one by one, responses came in.

Here are a few:

“This is a fine memoir. It’s well and clearly told and has a nice sense of pacing and balance. However, I’m afraid that the illness memoir category is a tricky one. I worry that there isn’t quite enough curiosity about narcolepsy for us to be able to garner a large audience for this and so we’re going to pass.”

“I found Julie’s story to be quite inspiring and even a little alarming – she’s overcome a lot, but narcolepsy is a scary ailment. I think this is a compelling story, but after some deliberation, I’m afraid I have to pass – we’ve been acquiring a bit more cautiously in the area of personal memoir, and while this story is well told and interesting, I’m worried that I just don’t have a clear vision of how to publish this on our list.”

2011 became the year of rejections 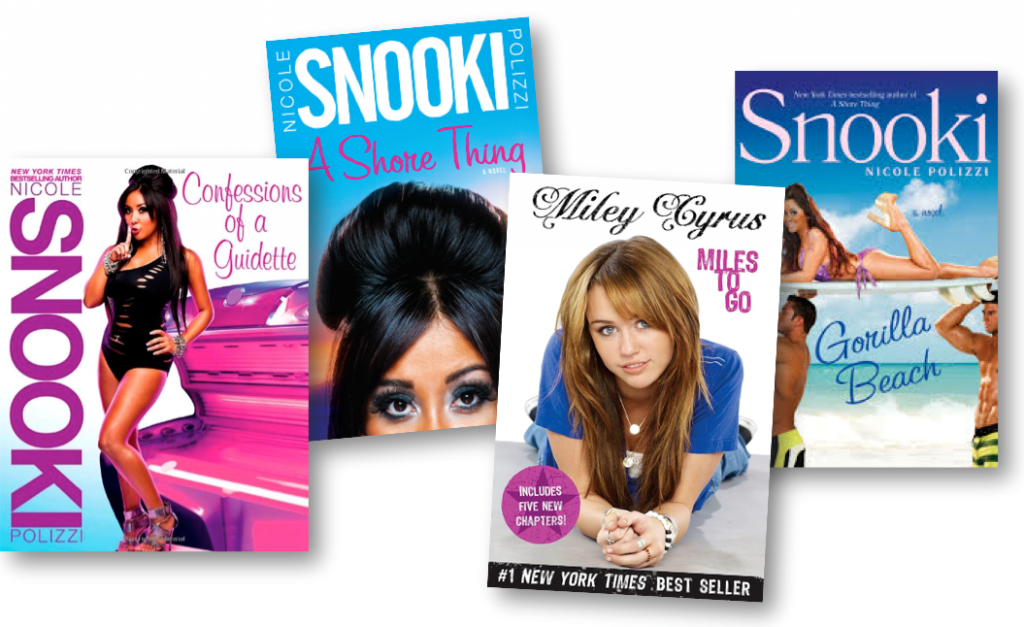 The rejections hurt at first but then I became resilient to rejection.

I didn’t become resilient to the rejections, each one hurt like hell and some left me screaming in my car.

In the fall of 2011, there was one last publishing house that was very interested. We waited and waited with fingers crossed.

“As you know, I like Julie Flygare’s story quite a bit, and I have been advocating for it over here for the past couple months. However, as if often the case with memoirs by little-known writers, there is a fundamental problem of finding the correct book-buying audience. While I have absolutely no doubt that many, many people would enjoy, relate to, and learn from her story after picking it up, it’s just an issue of getting them to pick it up in the first place. And unfortunately, we think that this would present an insurmountable challenge so regrettably, I’m going to have to pass on this project. I absolutely wish Julie the best wishes in everything, wish you the best luck in finding the right home for her manuscript.”

That was also the day…

my literary agent broke up with me…

My soul was crushed. I went to yoga and sobbed on my yoga instructor’s shoulder after class. That same day, my dad was in the hospital, so sick that I couldn’t even tell him the news til he got home a week later.

I knew the literary world would not be easy or nice, but I had hoped to somehow overcome these barriers. I considered getting another literary agent and re-trying.

After my dad died, I FINALLY I got over my ego and

Next, I had to learn how the heck to do that. Self-publishing was an entirely new ballgame. I hired editors, a book cover designer and layout specialist. There were cool moments and meltdowns. 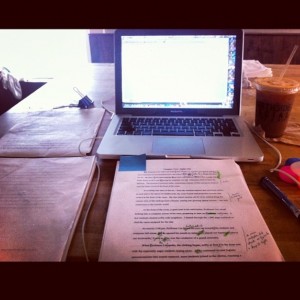 Editing and proof-reading were extremely challenging with narcolepsy. I would enter a sleepy haze while working and eventually fall asleep. When I woke up, I couldn’t remember how far I’d gotten before my consciousness fizzled, so I’d go back 5 or 10 pages to make sure I didn’t miss anything. Progress was slow.

To be honest, publishing this book was one of the hardest experiences of my life, probably second to getting narcolepsy. This process brought me to my knees and then kicked me harder. It gutted me – emotionally and financially.

I didn’t write this book because it was easy or fun.

I wrote it because I literally couldn’t imagine my life without it. No matter how hard it got, I hungered for this story to exist outside of me more than I’d ever wanted anything in my life. 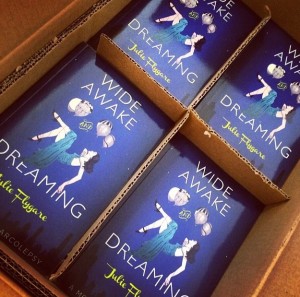 On December 12, 2012, Wide Awake and Dreaming: A Memoir of Narcolepsy was released to the world!

Since then, it’s been a wild and amazing three years. The book has been highlighted by various TV shows, radio programs, news articles and blogs. It won First Prize in the San Francisco Book Festival Biography/Autobiography Contest 2013. I’ve been so lucky to give presentations and conduct book signings across the country and in Australia!

Will I write another book?

I hope so, but not today or tomorrow. My intellectual curiosity and artistic creativity are in other places right now, hopefully building a new story worth telling someday!

Along the way, I’ve enjoyed a collection of beautiful moments – emails, book reviews, hugs, letters, and heart-felt “thanks you’s” and “me too’s” from readers around the world.

Was it worth it? 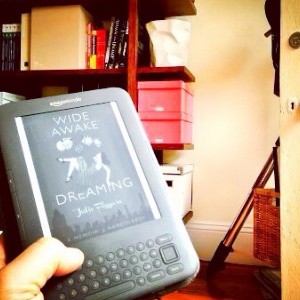 Honestly, there hasn’t been one defining “aha” moment when I knew writing this book was worth it.  I felt badly about this until I read this quote:

“No artist is pleased. There is no satisfaction whatsoever at any time. There is only a queer, divine dissatisfaction, a blessed unrest that keeps us marching and makes us more alive than others.” -Martha Graham to Agnes DeMille

Perhaps the greatest part of this experience has been reading the Albany hotel scene (pg. 149-150) at every narcolepsy speaking engagement I’ve done since my dad passed away almost four years ago.

I always cry. But I do it anyway. 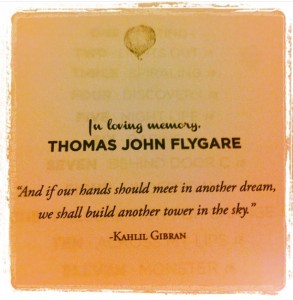 I suppose it’s my way of taking him along with me on this quirky time-traveling adventure we call life. So he can meet you!

Thank you to all my readers and supporters – your love and support has meant the world to me. 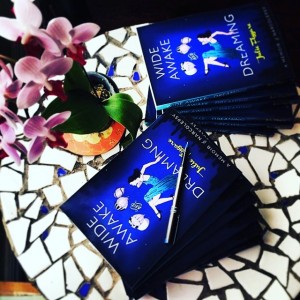