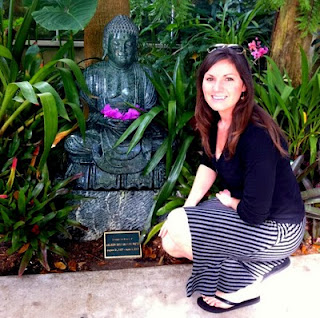 I woke up and slowly climbed out of bed, still wrestling with sleep.  A few minutes later, I woke again, much to my own surprise, still lying in bed.  Strange, I thought, I remember just getting up. Had I not gotten out of bed a second ago?  I couldn’t be sure.

No matter, I decided to try again. I lifted my head and torso up off my soft white sheets.  I looked out the window towards the front door for any sign of FedEx. I was waiting for an important package that I needed to sign for.

A few moments later, I heard steps outside and then knocking on the door. It must be FedEx with my package! I had to respond, but I found myself unable to move. I found myself, once again, still lying in bed.  This struck me as strange as I had a very vivid snapshot memory of seeing myself getting up out of bed just a second ago. How could this crystal clear memory be “wrong?” How was I STILL in bed?

I tried to sit up but my body clung to the bed with aggressive force. It was as if I was challenging the laws of gravity.  With full concentration, I pushed to lift my body, but it was no use, I wore a straight-jacket –  my arms, torso and legs completely unresponsive.

I looked up towards the window. I wanted to yell to the FedEx representative, “Don’t leave, I’m here! I’m coming!” But my mouth wasn’t working either.  Although desperate to get up – my head fell back into a dark spiral of sleep. Like falling in quick-sand, my consciousness was sucked downwards out of this world.

A little later, I broke free of the straight-jacket and finally sat up without trouble. I looked around the room. Dead silence.  Had I gotten out of bed those earlier times? No. Had FedEx come? No. Of course not.

As strange as it sounds – I no longer trust anything that happened around my sleep.  Although I saw clear pictures of my actions and I could still hear the exact knocking echoing in my ears,  I’ve learned that my very “real” memories are not what they seem.

Yesterday morning’s episode of hallucinations and sleep paralysis was not scary – just uncomfortable and annoying.  My head whirled between sleeping, dreaming and consciousness at rapid fire speed while my body lay dead as a corpse.  I was unable to tell what was happening from what wasn’t.


Once TRULY awake  – I got up and went about my day. FedEx showed up about an hour later and  I had no problem  responding to the first knock at the door.  I was free – as my body’s muscles and my mind’s intentions were one again.

Fresh from a late-afternoon nap, I head out in the bitter cold wind to join a friend for a Yogalates class at Yoga District. I’d never been to this combination Yoga + Pilates class before and I was nervous and excited to try something new.

We started in a seated position with our legs crossed.  After finding good posture and closing our eyes, our instructor told us to, “Let your mind go blank. Whatever thoughts and worries are running through your head today – block them out.”

I was slightly taken aback – as most Yoga classes I’d been to, we eased ourselves slowly from the outer world to our inner practice. This instructor wanted me to forget my day – cold turkey. Yet surprisingly, the transition was easier than expected.  I breathed in relaxation and breathed out hallucinations, sleep paralysis and the day’s stresses.  In less than 30 seconds, my mind was clear and my body ready to work.

Although new, I kept up fairly well with the others.  I only wobbled a few times in warrior two twists. I even stayed awake through the final relaxation pose with the lights off! (I think the pre-Yogalates nap greatly improved my wakefulness during this session). Finishing class, my mind and body were connected as one solid trustworthy continuous unit.  Looking back on the day – it was strange to think how far I’d come – from fighting a straight jacket of sleep in the morning to glowing as I bowed my head to say “Namaste” at the end of class.

Yogalates was the perfect balance of stretching and strengthening for me – as it was less boring than a Yoga class and less grueling than a Pilates class.  I’ll certainly be going back for more!

Click here to read Adventures of the Sleepy Yogi Part I: Meeting the Double Pigeon.

(NOTE: People without narcolepsy can have hypnagogic and hypnopompic hallucinations and sleep paralysis – these experiences are not unique to narcolepsy but happen much more frequently for people with narcolepsy. Normal people usually experience these when sleep deprived.)