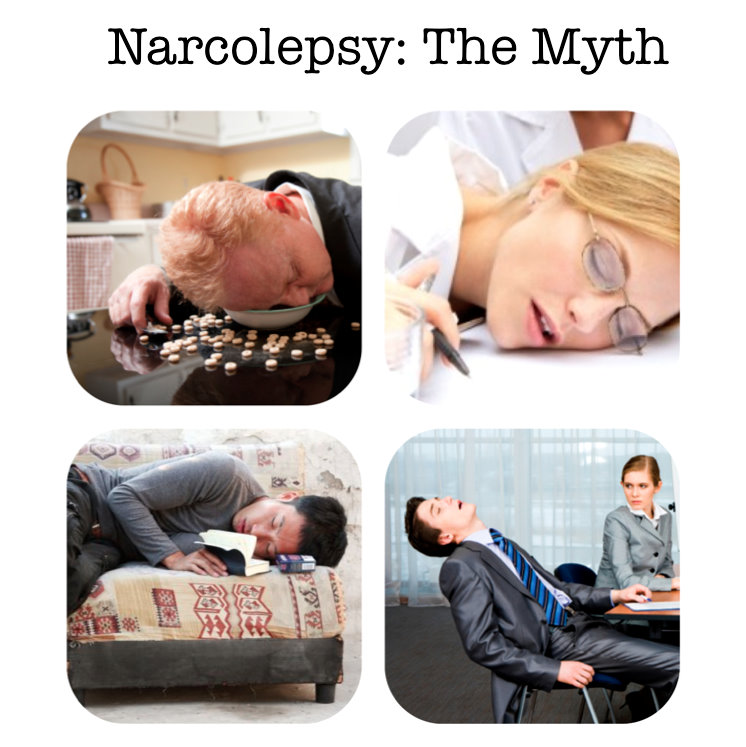 We all know the punch line of the narcolepsy joke – person falls asleep while standing or in the middle of the conversation. My daytime sleepiness doesn’t look like this. On the surface, it doesn’t look like much of anything.

Internally – my sleepiness aches. My limbs become heavy and pressure pushes on my skull. Over 15 minutes or so, I lose my ability to process thoughts and communicate (described best here). Sometimes I do eventually fall asleep. Other times, I snap out of it randomly and return to myself.

Externally – my sleepiness is fairly undetectable. At it’s worst – friends have reported that I seemed “subdued,” “quiet,” “annoyed” or “dazed.” While I’m experiencing utter cacophony internally – I look “subdued.”

Daytime sleepiness manifests in other ways that we may not associate with sleepiness.

Narcolepsy’s sleepiness can appear as poor mood regulation such as irritability, mood instability and a less positive mood. It can also appear as behavioral issues like internalizing or externalizing (aggressiveness, hyperactivity and impulsivity). Likewise, daytime sleepiness can show as neurocognitive deficits – problems with attention, organization, self-monitoring, planning, memory and verbal creativity. Over time, daytime sleepiness can manifest as poor academic functioning, social impairments and family dysfunction.

I recently attended a presentation by Dr. Judith Owens highlighting these manifestations of daytime sleepiness in children. Although perhaps exaggerated in children, I believe these signs apply to narcolepsy at any age.

These not-so-obvious signs of sleepiness are helpful for diagnosis. They can also help people living with narcolepsy recognize daytime sleepiness in their everyday lives, because once diagnosed, treatment and lifestyle changes may improve sleepiness but are unlikely to erase it.

For me, irritability, aggressiveness and fidgeting are huge signs. Blaming narcolepsy doesn’t make this behavior “okay” or excusable, but acknowledgement is the first step toward change. Discussing with loved ones will allow us to work together to put my moodiness to bed. Literally.

In closing, sleepiness is more than nodding off in one’s soup bowl. Sleepiness is as invisible as insulin levels in diabetics, but without objective tools to measure sleepiness yet, we must do our best to subjectively recognize it. In a sense, sleepiness is like a soul – floating around undetected, only seen when it takes shape in a body (like in our mood, behavior or performance).

Have you experienced  not-so-obvious signs of sleepiness? Recognized these signs in your loved ones? Found healthy coping mechanisms? Please share in the comments below!