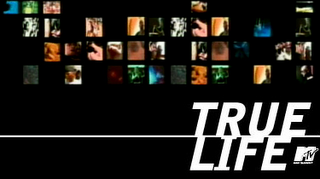 Grab the popcorn and TV remote! This Tuesday, October 18th 2011, MTV airs True Life: I Have Narcolepsy at 8pm (EST). The show follows the daily lives of three people with narcolepsy.

MTV has not released footage in advance, but I’m delighted to have met a few of the individuals featured on the show – Katy, Robby and Julie.  They are so inspiring and I can’t wait to cheer them on!

Also, I met MTV True Life “I Have Narcolepsy” producer recently at the Wake Up Nashville fundraiser.  I spoke with this MTV producer about the need for greater narcolepsy awareness in America. He struck me as genuine and empathetic.  This is his job, but I could tell he’d become personally invested.  He “got it” – which is so invaluable.

As a person dedicated to spreading truthful information about narcolepsy – I am so thankful to MTV for taking this project on.  I am prepared that this show may not capture the entire experience of living with narcolepsy, given the time restraints and sensationalistic nature of the entertainment industry.

However, this show is the beginning of a much greater conversation in our society.  Narcolepsy is a neurological disorder affecting 1 in every 2,000 people (200,000 Americans), yet it is largely unknown in the public eye.

Lastly, no matter how you feel about the show, please be kind when commenting online about to those featured on this show.  These young adults have bravely opened their private lives to raise awareness about narcolepsy.  They have feelings, challenges and dreams of their own.  Remember – whatever you say will be permanently on the internet and they may read it.

I look forward to continuing the conversation – Click here to read my Review.