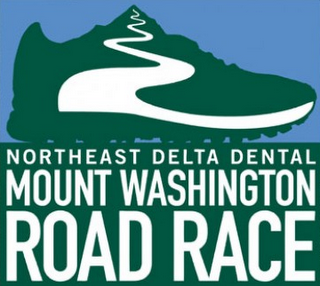 What do you do on Father’s Day the year your father dies?

In New England, you often see bumper stickers stating: “This Car Climbed Mt Washington.” If automobiles take pride in reaching the summit, why would humans attempt this?

Was my father crazy to attempt this? And am I crazy to now be fighting for a place at the same start line 40 years later?

Growing up in New Hampshire, I never cared for Father’s Day. My Dad loved hiking mountains. I did not. But on Father’s Day, you ask your Dad what he wants and my Dad usually wanted to go hiking with his kids. I rolled my eyes behind his back and tried to pretend to be excited.

For many years, on Father’s Day, my brother, sister and I piled into Dad’s old car and drove north to the mountains. After a few hours cooped up in the car together, Dad pulled into a dirt parking lot. We began walking along a small boring path – Dad leading the way, my siblings following, and me in tow.

I was the youngest by far and could never keep up. My happy-go-lucky facade melted to tears and tantrums by the time we reached the summit. My brother and sister had to bribe me with promises of McDonald’s hamburgers and milkshakes on the other side of the mountain.

At the top, Dad passed out turkey sandwiches on bulky roles for lunch.  We devoured them ravenously. A boring turkey sandwich never tasted so good. We took photos and descended the mountain. As promised, we always stopped at Micky D’s for dinner on the way home.

Our hiking trips ended a few years ago, when my Dad’s heart became problematic. It was hard for him to stop hiking and eventually stop running, but personally, I didn’t miss those hikes.

This past January, my dad passed unexpectedly of heart complications. “What do you do for Father’s Day the year your father dies?” the question has passed through my mind and I had no answer.

Until a close family friend contacted me a few days ago. He and my dad met while running the Mount Washington Road Race 40 years ago. They ran the whole race together and finished one second apart – placing 68th and 69th. They remained friends for life and his family became close friends with our family.

This year, this friend’s daughter received a registration to run the Mt Washington Road Race through a local running club lottery. She asked if I’d like to do it with her.

It would be on Fathers Day. It would be 40 years since our fathers met running the race. I am now the same age my dad was when he ran it.  I can’t imagine being anywhere closer to him than standing on the summit of Mount Washington on Father’s Day.

I’m aware that winds exceed hurricane force (75 MPH) on an average of 104 days a year, and that the summit is in the clouds about 60% of the time and fog is reported over 300 days a year.  I have narcolepsy with cataplexy – a serious illness that requires close attention to my health. I’m aware I could injure myself. I want to try anyway.

Registration numbers are hard to come by.  I’m late to try and register. I’m hoping to inquire with various local running clubs in New Hampshire to see if any may have extra spots. If you know of anyone who may be able to help me find a registration for the Mt Washington Road Race 2012 – please contact me at julieflygare@gmail.com.  It’s hard for me to ask for help, but this is a very special scenario. Thank you!!