Over the past few months, I’ve worked with Honda and a Honda agency, RPA, to create a narcolepsy public service announcement (PSA). I’m so proud and honored to have served as a real face and voice of narcolepsy for this project.

In preparation, I shared my memoir, fact sheets, patient experience and key awareness points. It was a very collaborative process – bouncing ideas and text revisions back and forth. Within a few months, we finalized a concept and script, and filmed the PSA last month. I cherished every second of the filming, and I really wished all my narcolepsy friends could’ve been there with me to experience this first-hand. 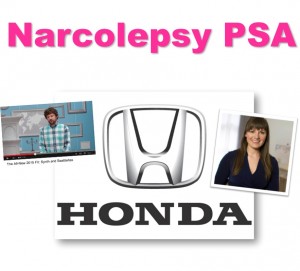 It was only four months ago when Mark Patterson sent me the link to the Honda Fit advertisement, which included an insensitive joke about narcolepsy. I remember my blood boiling with anger and sadness – despite making strides in awareness, we still have far to go.

In starting the Change.org petition, I was overjoyed by the quick responsiveness of community, with patients, family, friends and sleep doctors joining together to voice our opinions. But I wasn’t sure how far we’d get with Honda.

Speaking with Honda’s public relations representative two days later, I was so shocked that a real person had contacted me directly to apologize and plan the commercial’s removal. This was fantastic and I set my gaze toward promoting positive and truthful awareness with Honda.

I was beyond thrilled when Honda generously proposed to sponsor a narcolepsy PSA for the community and asked me to contribute and serve as a spokesperson.

On Saturday, Sept. 6th, I awoke early to get “camera-ready” and meet the filming team at 8:30am. We recorded a few different elements of the narcolepsy PSA including my on-camera line. The film crew worked all weekend to record more material. 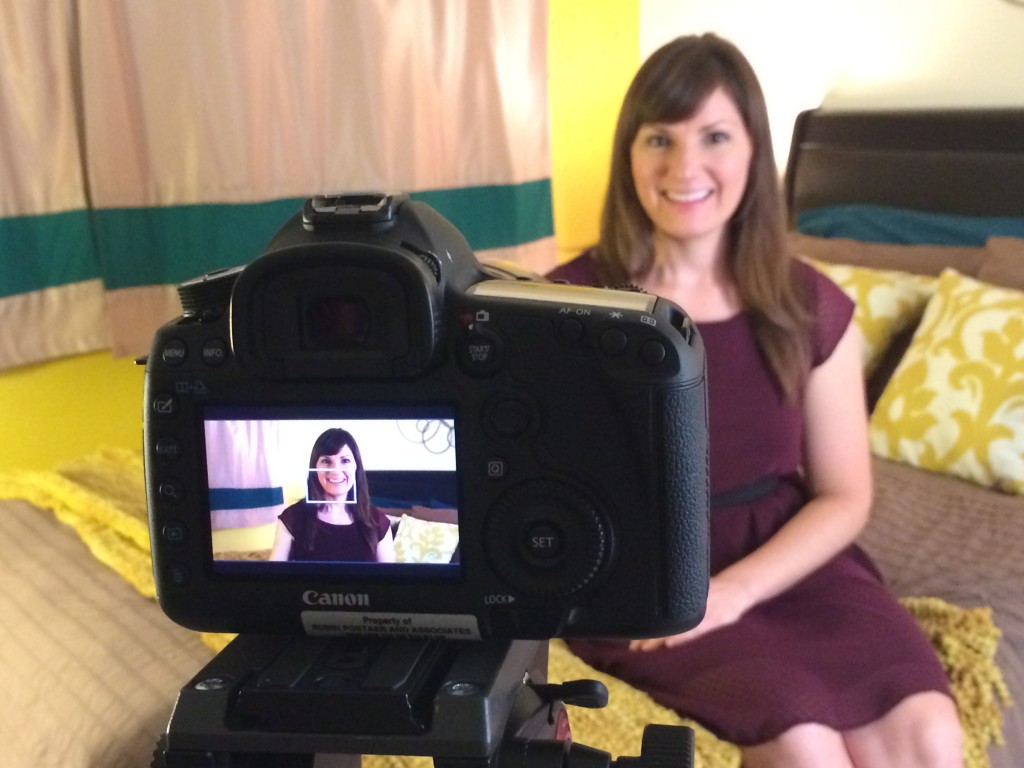 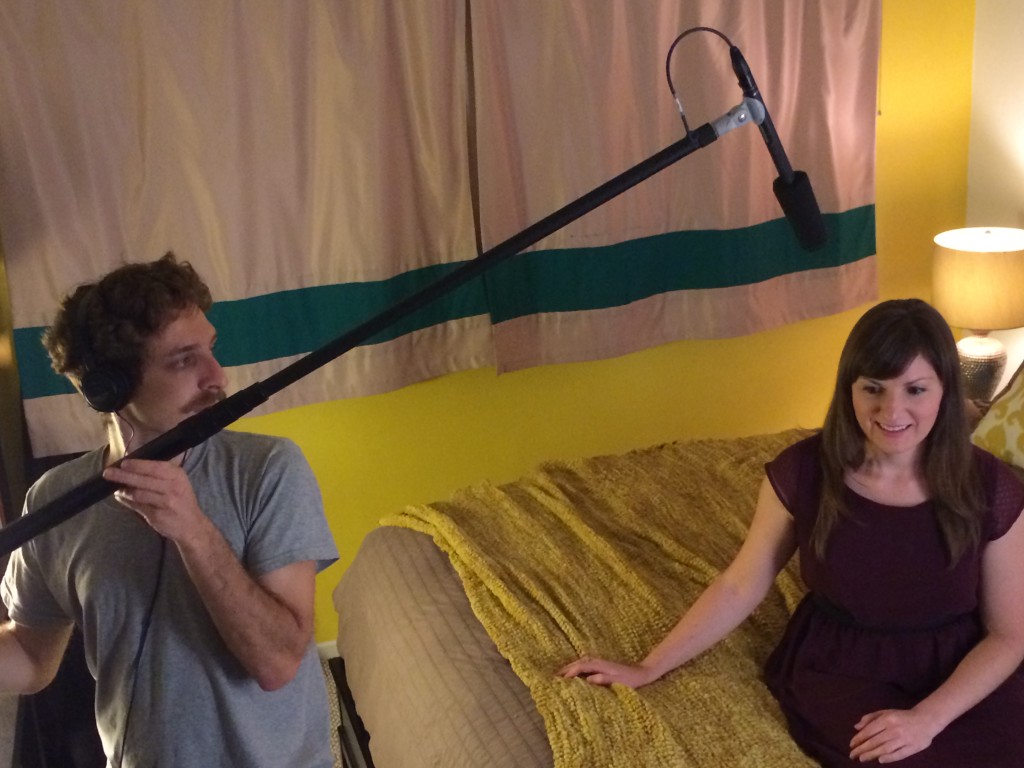 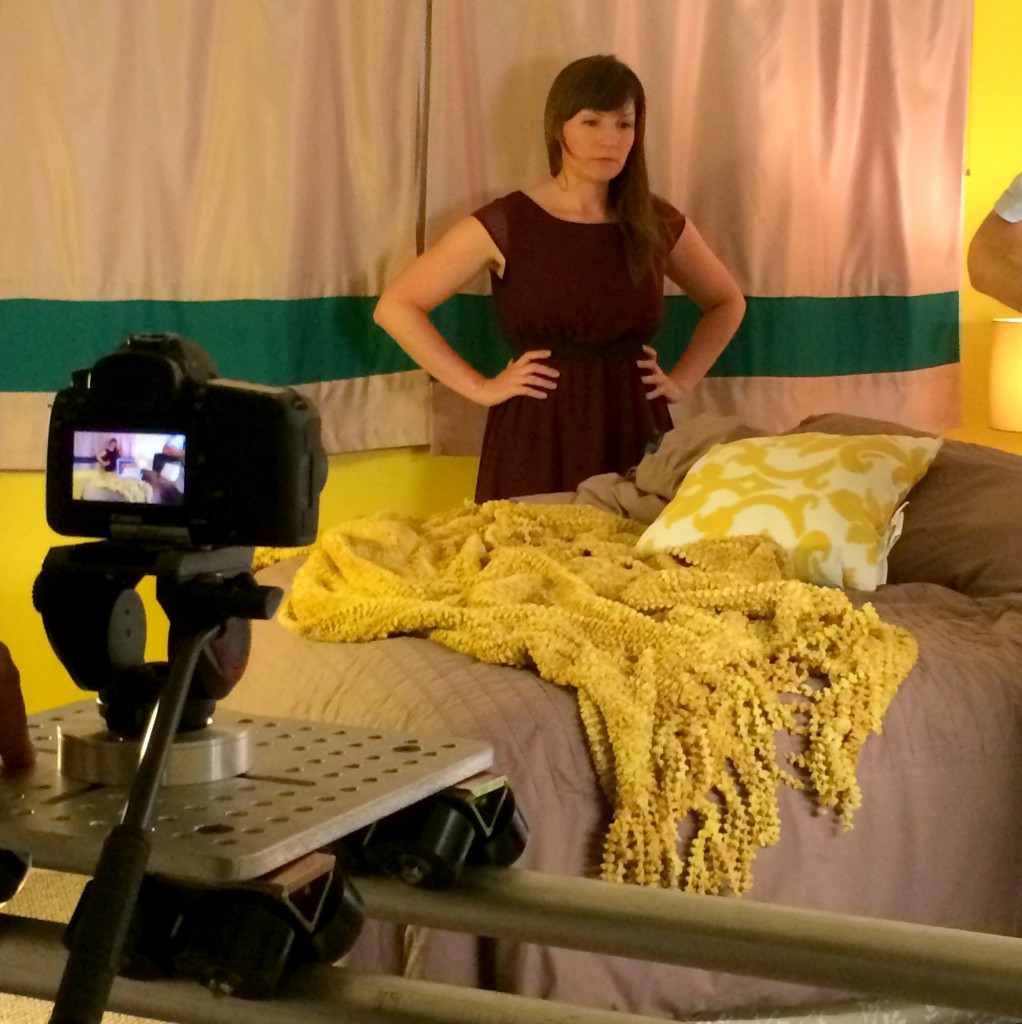 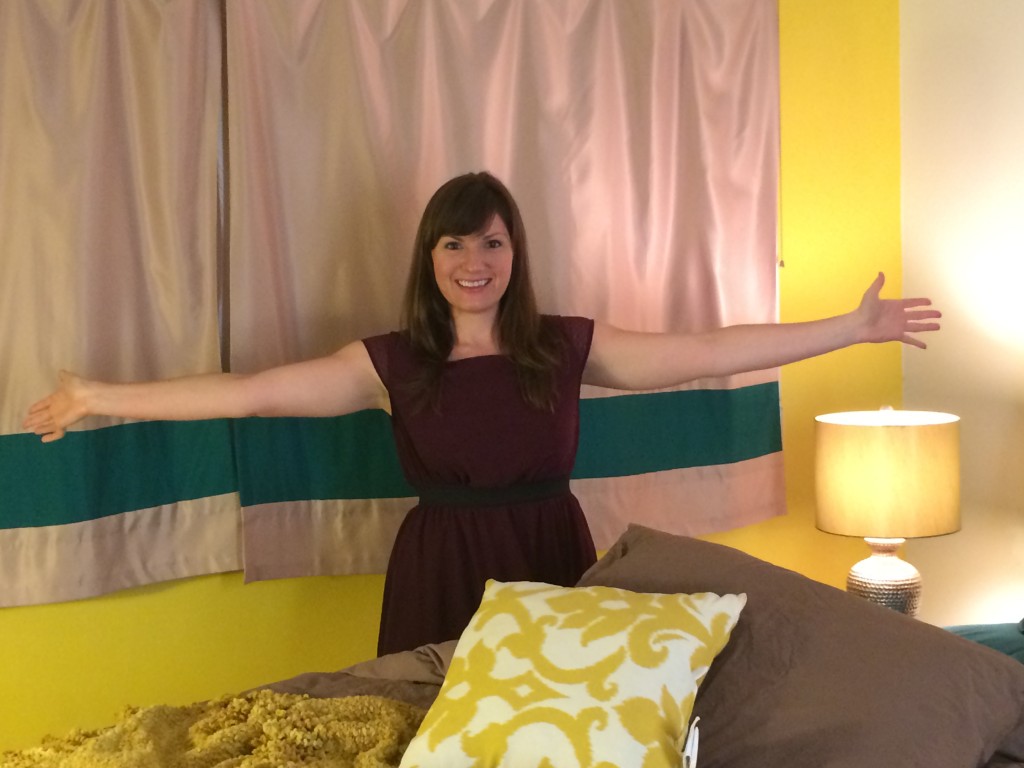 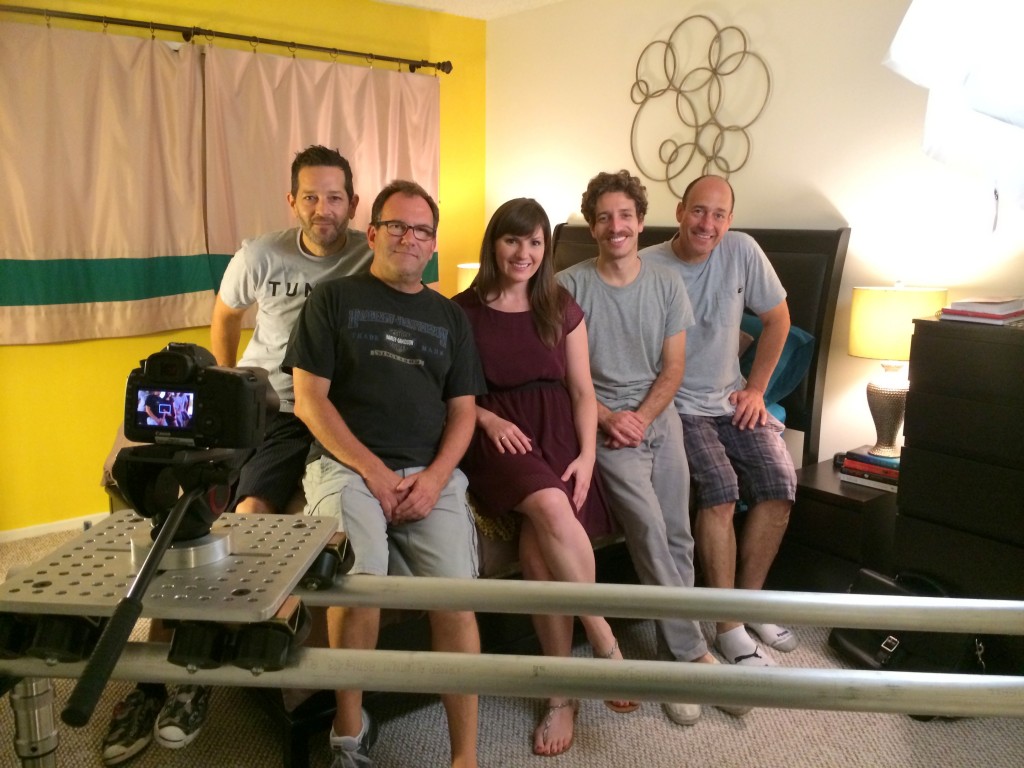 On Monday Sept. 8th, I arrived at RPA headquarters in Santa Monica after work, to film a scene of my knees buckling and record voice-overs. Between takes, one team member said he’d watched narcolepsy videos on YouTube and said how much Dee Daud (my friend Dee!) had touched his heart. Another team member mentioned a radio show that he thought would be a good match for my awareness efforts.

“Narcolepsy is something you don’t hear much about,” the director stated. I nodded with enthusiasm.

I was particularly nervous for the voice-overs. Who likes hearing their own voice? We had to precisely time my lines and make adjustments to fit into the 30-second time frame. It wasn’t easy. Words had to be cut. My pacing adjusted. We recorded take after take.Yet, the team respected my opinion and never rushed me as we worked through the changes. Hearing the playback, I got chills. It sounded… real. This was real.  The RPA team supported me every step of the way, with patience and dedication. 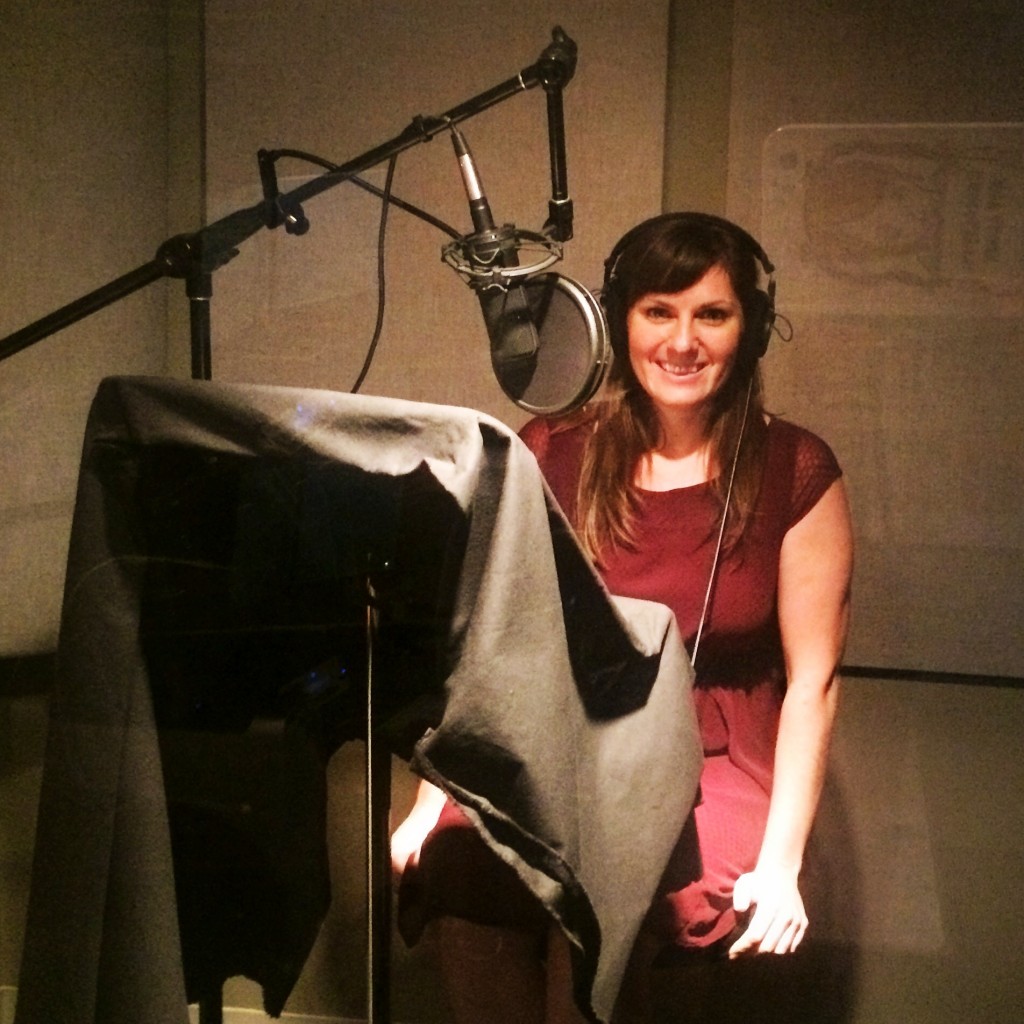 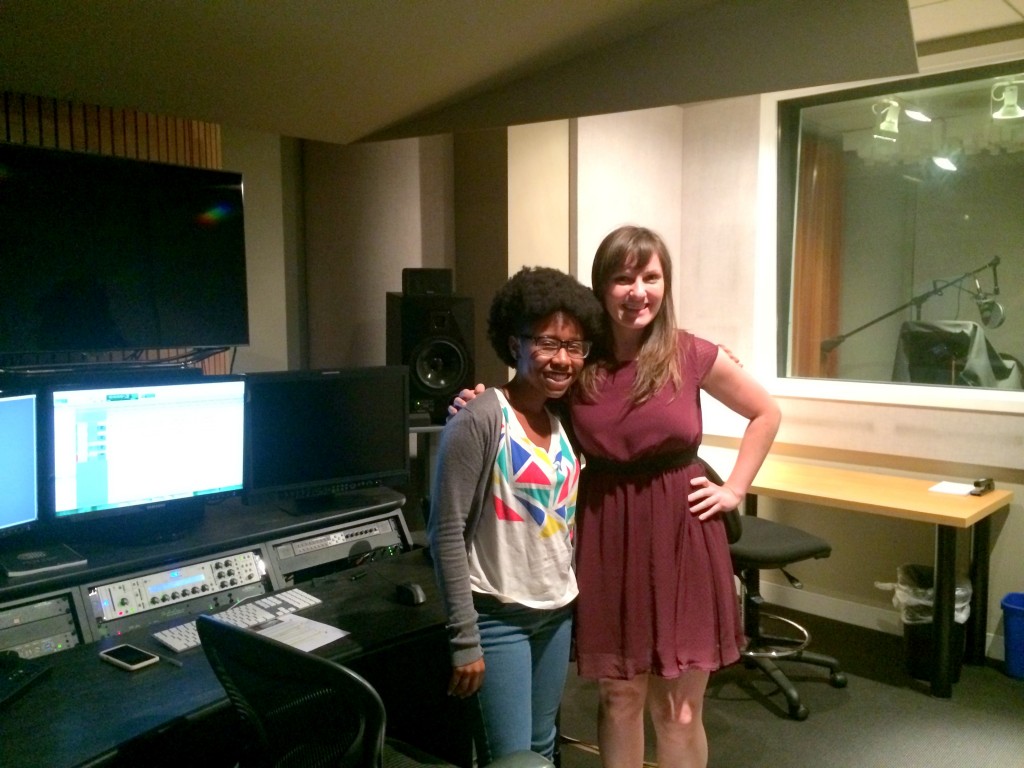 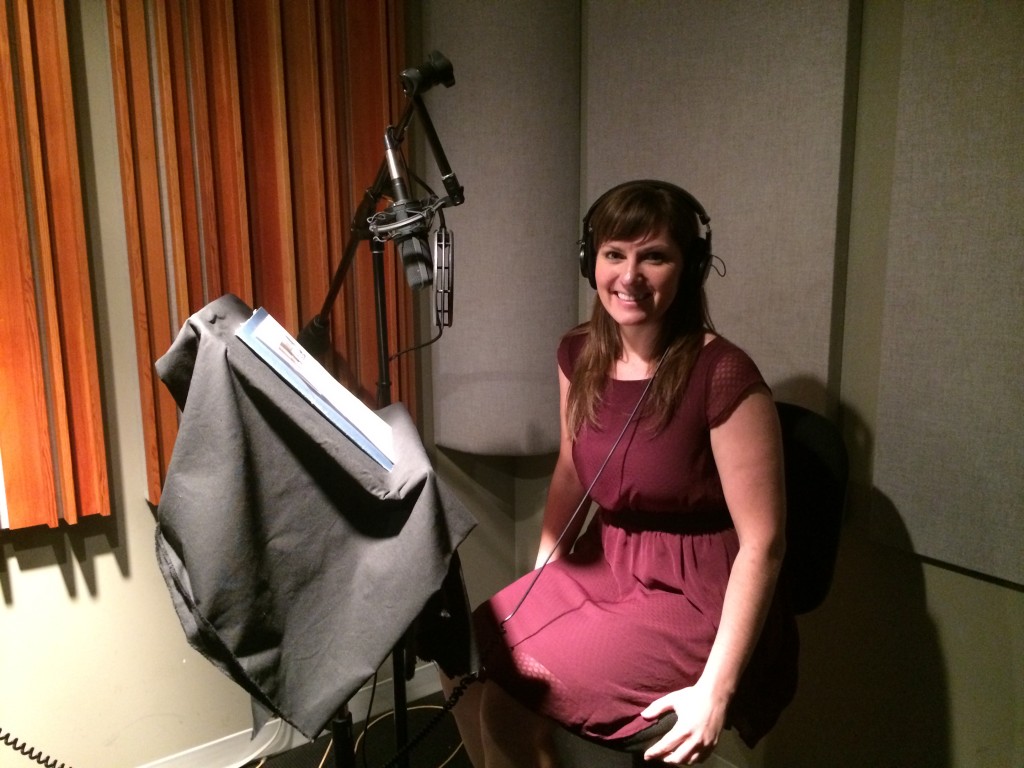 Driving home afterward, I smiled big – knowing we had turned misperceptions into awareness. When the narcolepsy PSA releases in the coming month, I hope you will feel proud and represented. There was a lot of thought and care put into this, balancing the desire to say LOTS with the reality of the 30-second format.

I will have more details soon, but there will be a few different versions released to give representation to all organizations – Project Sleep, Narcolepsy Network and Wake Up Narcolepsy. The organizations contributed to and approved of their respective versions.

Special thanks to Robin, Britt, J, Mark, Stephen, Amber, and the rest of the RPA and Honda teams for helping us raise truthful awareness. Both Honda and RPA have proven not only that they have outstanding corporate responsibility, but that they also have integrity, courage and heart.

Last but certainly not least, thank you to the narcolepsy community for rallying together to make this possible. It was an amazing team effort.

For me, this is a beautiful reminder that we can turn misconceptions into awareness. Lemons into lemonade. Misunderstanding into hope. Thank you for your support.