Graduating from law school in 2009, I thought our society deserved an honest look at narcolepsy. Having studied creative non-fiction writing in college, I decided to write a memoir. So, clinging to my writing background and a dream for change, I set out into the unknown.

Writing the first draft was exhilarating. I felt “high on life” after finding a beautiful unique way of describing something.  The way writing sounds is oddly important to me. I wanted the words to slip off the tip of the tongue like poetry.

Call me old-fashion, but I wrote my first draft by hand, resulting of countless notebooks of scrambled nonsense. I wrote so quickly, like a mad-woman – I could barely re-read my own writing.

In between various jobs to pay my bills, I treated writing like a 9-5 job, but unfortunately creative inspiration doesn’t always work on a 9-5 schedule. If I wasn’t inspired, I worked on my blog, edited other chapters or went for a jog. Sometimes a key phrase hit me while out running and I’d stop to type it into my phone before forgetting.  I also woke up from many dream-filled naps with new words or phrases. 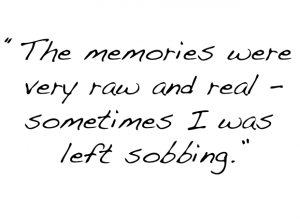 The scenes about cataplexy and hallucinations were particularly emotional to write – especially in Chapter 8 – “Undertow” and  Chapter 11 – “Monster”. I mentally re-lived these experiences each time I worked on the text.  The memories were very raw and real – sometimes I was left sobbing. I gained a lot of self-awareness through this experience, realizing just how bad it had been. I tried to untangle my present life from past suffering but at times, I felt like I was living two lives with narcolepsy – my present and my past.

The editing and proof-reading process proved challenging with narcolepsy. While reading, I sometimes entered a sleep haze. When I re-awoke fully, I couldn’t remember how far I’d gotten before my consciousness had fizzled, so I had to back-track 5 to 10 pages to be sure I didn’t miss anything important.

Entering the publishing world as a “newbie” was challenging. I knew it wouldn’t be easy to publish a book on narcolepsy as an unknown author. I became oddly resilient to rejection. At each dead-end, I “ear-muffed” the negativity and criticism best I could and said “ever onward” to myself, over and over, til I believed it.

My memoir journey had many low points, ironically mimicking my journey with narcolepsy. After one particular heart-breaking rejection from a publisher, I found myself screaming at the top of my lungs in my car, something I hadn’t done since my first few months into narcolepsy.  I sacrificed everything I had – financially and emotionally, to keep going, not because it was fun or easy, but because it was necessary.

The book became increasingly honest with time, as I spent so much time alone with it, I grew immune to the fact that I would share it with the world eventually. One night a few months before publication, it hit me full-force that I was putting myself “out there”. I panicked for a second, then shrugged my shoulders.  I had other pressing concerns like finding a type-setter and figuring out how to make an e-book. 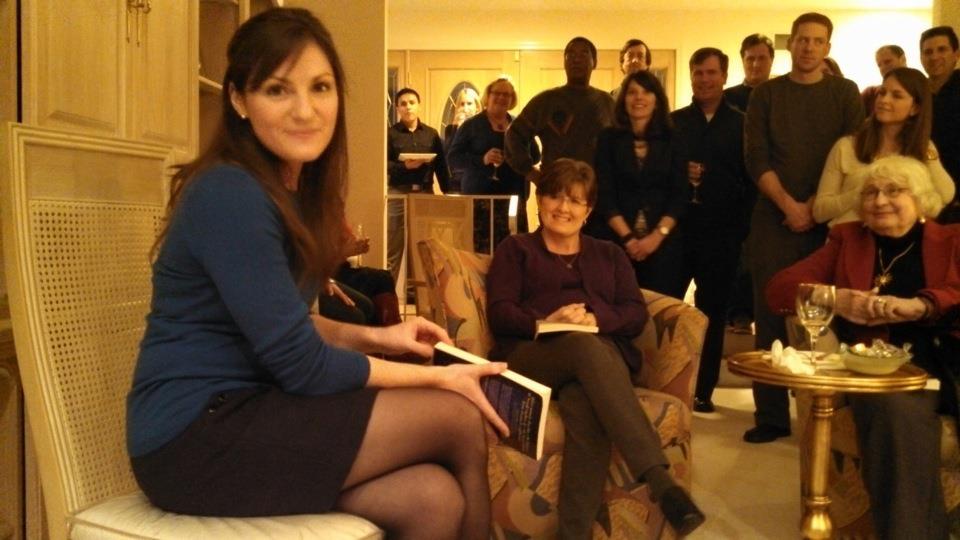 Three and a half years after starting this journey, on December 15, 2012 – I proudly published Wide Awake and Dreaming: A Memoir of Narcolepsy. Since publication, the book has been highlighted by various TV shows, radio programs, news articles and blogs. I’ve had eight book signing events and many speaking engagements across the country.  Last spring, my memoir won First Prize in the San Francisco Book Festival Biography/Autobiography Contest 2013.

I set out to change perceptions of narcolepsy and I believe my book is accomplishing that. But I must admit, there hasn’t been one defining “ah-ha” moment when I knew writing this book was worth it. Instead it’s been a collection of quiet moments – emails, amazon reviews, hugs, letters, and heart-felt “thanks you’s” and “me too’s” from readers around the world. I can’t thank my readers enough for giving my book a chance and sharing it with others.

Many people have asked “what’s next?” or “where is the sequel?” I’m SO flattered and can’t wait to write another book someday! But not today and not tomorrow. To be honest, writing this memoir was one of the toughest experiences of my life. While I’m so very proud, it knocked the wind out of me and I’m still catching my breath. Thank you for your incredible support through it all! 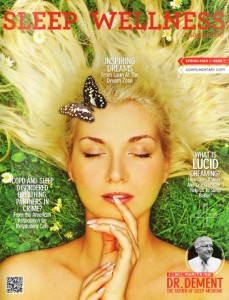 A version of this article was published first in Sleep & Wellness Magazine Spring 2014.

More about my writing process: