When I decided to move from Boston to Washington DC, one of the first things everyone said was, “Hot summers in DC… But much milder winters. You’ll enjoy that.”

When I decided to train for the Boston Marathon, one of the first things everyone said was, “Milder winters in DC… Much easier to run down there. Lucky for you.” 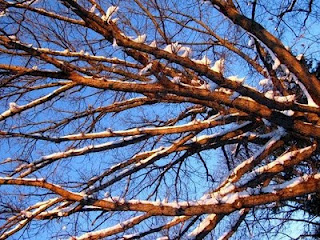 As a lifetime New Englander, I’ll admit, I thought I’d had my fair share of snow. Although the climate change certainly wasn’t the reason I moved south, I was excited for the warmer weather. Before leaving, I chucked my snow-boots into the dumpster behind my apartment in Boston (they were old and I didn’t think I’d get much more use of them anyway). Once in DC, I laughed and bragged to my northern friends when it hit 75 degrees in November. I pitied them for not smartening up (like me) and ditching the ice-cold misery of New England. Did I jinx myself? Perhaps.
As you may know, Washington DC received a record-breaking snowstorm in December, a.k.a. “Snowpocalypse.” And perhaps you heard about our second record-breaking blizzard this past week, a.k.a. “Snowmageddon.”  Now, with two feet of snow on the ground, we’re expecting a third storm tomorrow – predicted to bring another foot of friendly flakes to our winter wonderland… (The name of this third storm is T.B.D. – currently the most popular contenders are “Snoverkill” and “Snowfecta.”)
Snow-laden DC is beautiful, but not runner-friendly. Without cross-country skis or snow-boots, I’ve been staying indoors. I’d like to say that I’m so hardcore that I’ve been running outdoors through it all, but I’m not.  However, I did get suited up in my old running sneaks to get outdoors to take some pictures of DC post-Snowmageddon. Like running and writing, photography is something else I enjoy very much. So, I’ve decided to make this blog-posting light on words and heavy on visuals. Hope you enjoy!
A typical street in DC: 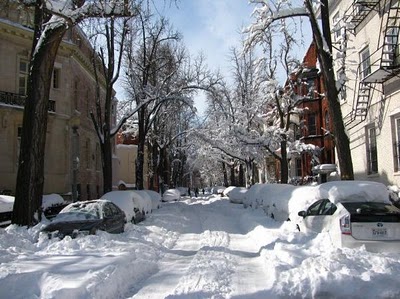 A tree down on New Hampshire Ave: 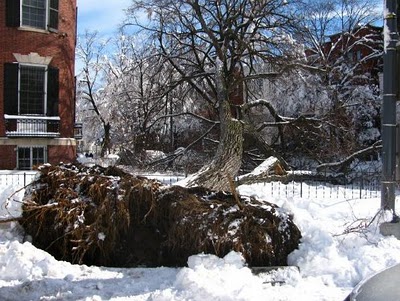 Most businesses closed during Snowmageddon, but not Ben’s: 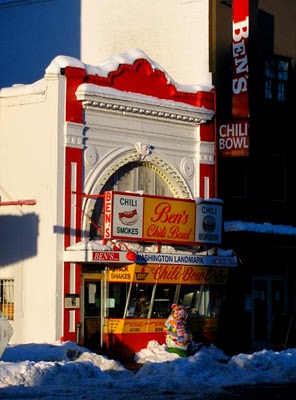 Under the snow – the Dupont Metro escalator: 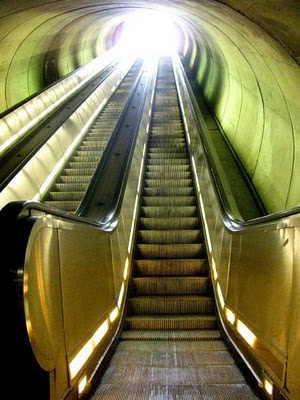 A lamp-post on New Hampshire Ave: 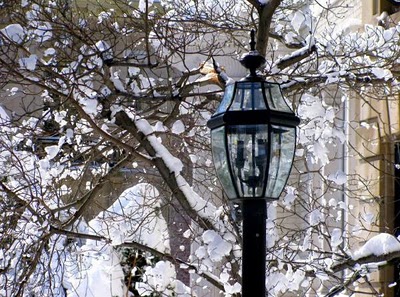 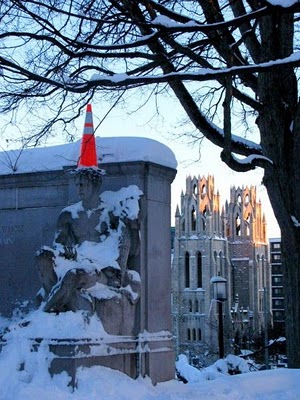 A Fountain of Snow in Meridian Hill Park: 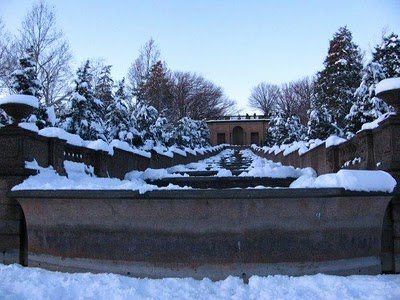 For now, I’ll be indoors training on the treadmill. However, perhaps I’ll have some more photos to share after the “Snoverkill.”
Posted in Marathon Training, REM Runner Blog, Running