It’s hard to explain how someone I only saw a few times a year became family, but Sharon was family. I met her in 2008, at my first Narcolepsy Network conference and she quickly became a friend to me and my family. Sharon was an integral part of my support system – a loyal friend, keen researcher, skilled writer, hard worker, dedicated leader and forever a fighter. 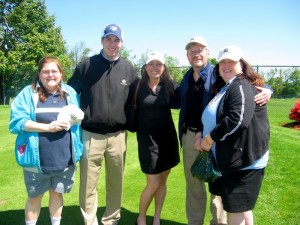 We last corresponded in May, when Sharon emailed me to congratulate me  on my book award. She was fighting a courageous health battle of her own, but took the time to send me a positively-spirited message of hope. That was Sharon.

“Sharon always saw the silver lining in everything,” reflected close friend and fellow advocate, Mali Einen, “She was a good friend and I will miss her.”

The entire narcolepsy community will miss Sharon. We are forever indebted to her for her tireless dedication and positive spirit. On behalf of so many, I send my condolences and love to her family and friends.

“A hero is an ordinary individual who finds
the strength to persevere and endure
in spite of overwhelming obstacles.”