REM Runner’s Note: Planning pregnancy with narcolepsy? I’m thrilled to share guest stories about pregnancy and parenting with narcolepsy. It’s such an important topic for many and personally, I think parents with narcolepsy are SUPERHEROES!  Thank you, Natalie for sharing your experience and congratulations on being a new mom. 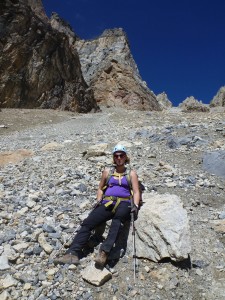 My husband and I were married in October 2012 and wanted to have a baby soon after. We decided not to try to conceive before the wedding, since I would have to wean myself off my narcolepsy meds and I wanted to be “awake” for our special day. Immediately after the wedding, we set our plan in motion. Even though my employer, colleagues and employees all knew I was narcoleptic, I didn’t want them knowing we were trying to conceive. During this time, I was able to get away with only napping at my lunch break and after work, so I was able to hide the fact that I was off my meds.

I found out I was pregnant in April, with our baby due December 24, 2013. My first trimester was relatively easy. Although I found myself more tired than usual, I was still able to manage my symptoms at work. Towards the end of my first trimester, I felt increasingly tired.

Coming into the second trimester, I shared the news with my boss and team and let them know I needed to nap throughout the day. They were all very supportive and I was able to take short naps when needed. Interestingly enough, my napping actually decreased slightly, and some days I was able to get away with only one nap. I thought the worst was over. In fact, I felt so good, I joined my husband and some of our friends for a grueling hike in the Rocky Mountains. While I make this sound like a piece of cake, it wasn’t. I still had to have naps on the hike up, but I was confident I could accomplish even with the pregnancy and being narcoleptic. 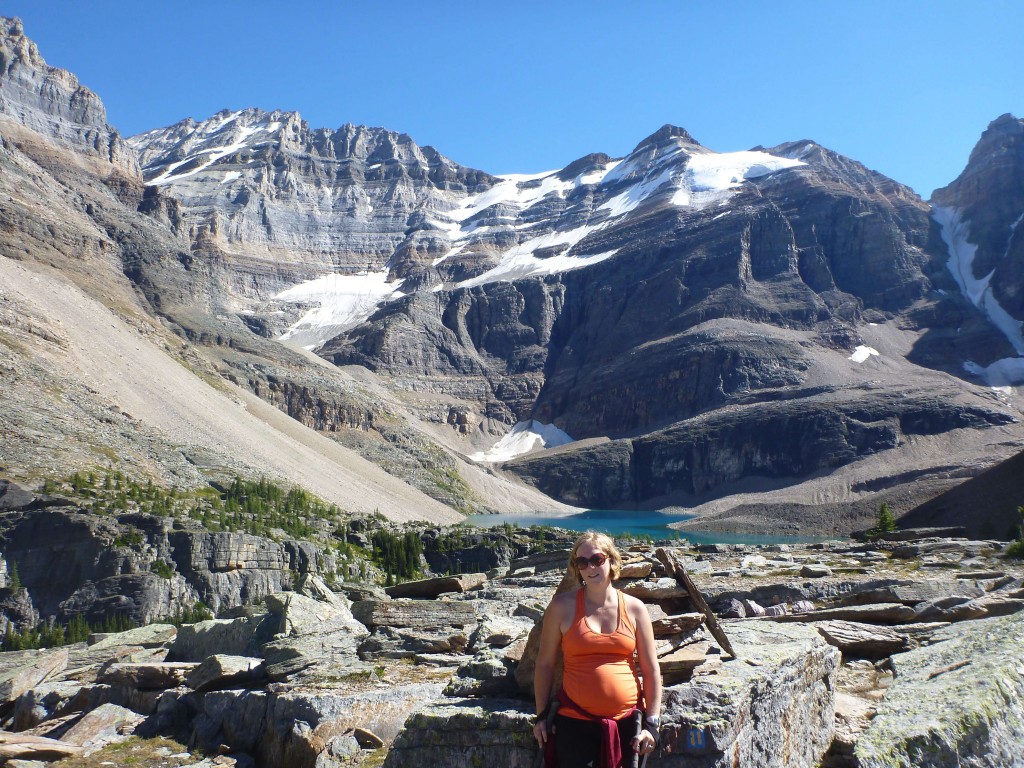 Once we came back, however, things changed drastically. My scheduled naps were no longer working. I was exhausted and was now falling asleep in meetings. The quality of my work was decreasing rapidly causing me to make errors. My boss thought I was forgetful and not paying attention and I am sure my employees thought I was losing it. When my boss brought up some of the issues (I wasn’t necessarily aware of them myself at the time), I recognized what was happening: automatic behavior and micro-sleeps were a regular occurrences and getting out of control.

I became so exhausted that I ended up calling in sick for 2 days. I slept between 17 and 20 hours on those days. I knew that wasn’t normal, so I called my OBGYN in tears to see if I could come in the following day instead of waiting for my appointment scheduled later in the week. Of course, the OBGYN clinic isn’t used to having patients with narcolepsy, so when I told her how exhausted I was, she put me through to the nurse on duty out of fear that I had become very depressed. I spoke to the nurse, who confirmed I was tired and not depressed and she slotted me in for the next day. The next day, I met with the doctor and was put me on medical leave for 2 weeks to try and “reset” my sleep schedule. I was able to reset it enough to go back to work 2 weeks later, however after 2 more weeks of working, it was off the rails again. In mid-October, I was placed on medical leave until the baby was born.

My third trimester was spent mostly at home and my narcolepsy symptoms became more erratic. On top of that, I developed Restless Leg Syndrome (RLS) and struggled to fall asleep despite being exhausted. I was sleeping 16-18 hours a day on average but tried to stay active. I would go to Aquafit and Zumba twice a week, however this required at least a 1-hour nap before and 2+ hours afterwards. I started developing stage 1 bedsores (pressure points) on my hips, thighs, shoulders and elbows from sleeping on my sides. At one point, I dreaded lying down to go to sleep and would cry before bed every night.

I also felt very isolated as I was confined to the house. I don’t have cataplexy but I started falling asleep randomly, without warning. I fell asleep on a street corner, sitting on the ground against a construction site fence close to my home. I was only 5 blocks away, but couldn’t make it. I fell asleep in stores, parks, the gym, etc. I stopped driving and would not go out unless I was within a 3-4 minute radius from the house or was escorted. But, when I was out and about, I found that moving around increased my circulation and seemed to help reduce the pain from the bedsores. I also started massage and physiotherapy to help with managing the pain. So whenever I had the energy, I would go out to the park with my husband to play with the dog and socialize with other dog owners. I also dragged myself out to two Christmas parties and I felt human again for a short time.

As I write this, I am now only five days away from my Christmas Eve due date. While the pregnancy was tough, I can’t wait to hold my little baby boy or girl.

The best advice I can give anyone who is narcoleptic and pregnant is to listen to your body and take advantage of it when you have the energy. 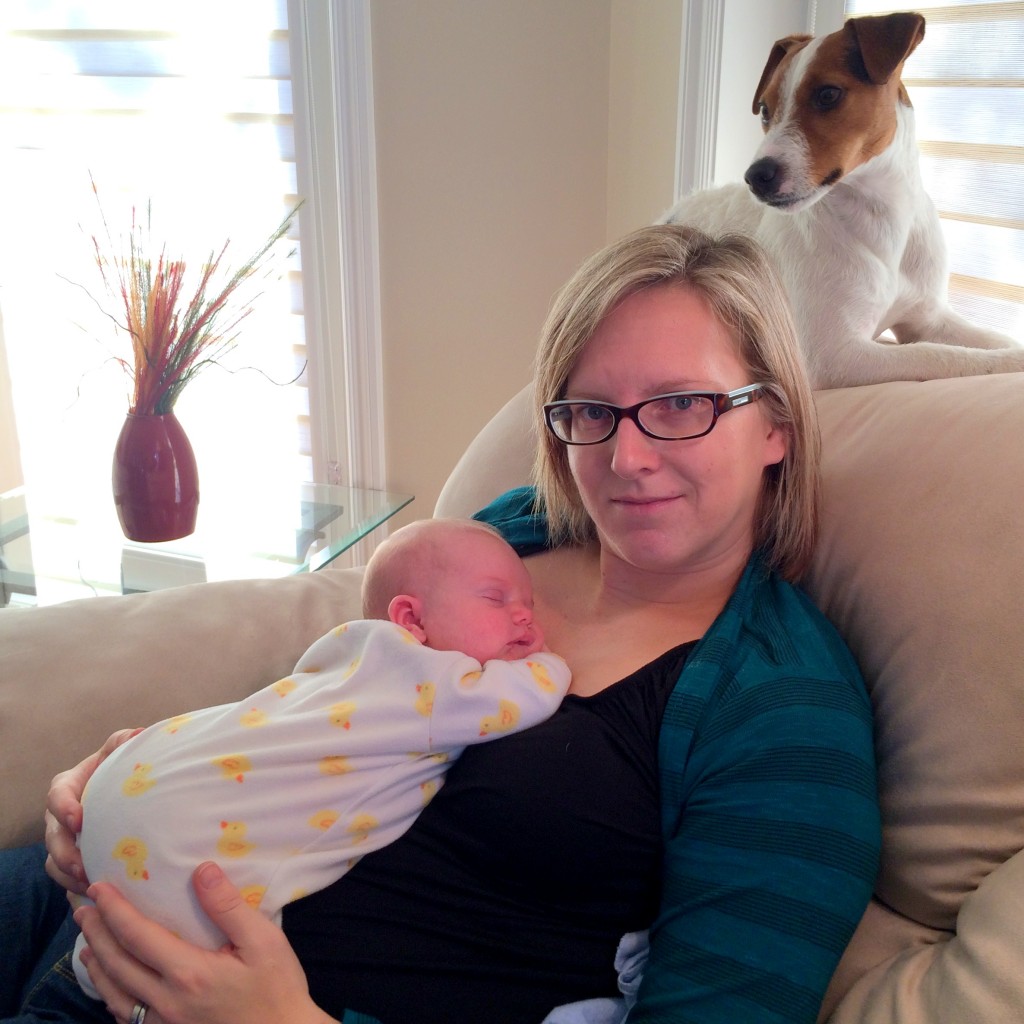 Update: Natalie is now the proud mother of a baby girl born on Christmas Day! Post-pregnancy, Natalie has found that other moms often tell her that she finally understands how exhausting motherhood is. Her response to those mothers is that she feels better than she has in a long time because she can now nap guilt-free when Victoria naps. Narcolepsy is still far more tiring than motherhood is and they, as a tired mom, can therefore almost appreciate how tiring narcolepsy is.