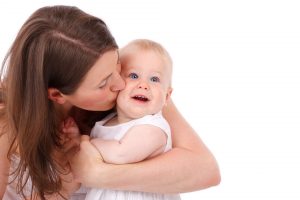 New research published in the journal Sleep Medicine suggests that lactating women who take Xyrem (sodium oxybate) to treat narcolepsy with cataplexy can time their breastfeeding to avoid exposing nursing infants to elevated levels of the drug in milk (Barker et al., 2017).

Data from 2 patients and 3 pregnancies demonstrated that gamma-hydroxybutyrate (GHB, the active form of sodium oxybate) is still present in milk of patients 4 hours after administration of sodium oxybate. Six or more hours after administration, GHB levels had returned to baseline values. The data from this small, preliminary study implies that women medicated with sodium oxybate who desire to breastfeed might consider delaying feeding infants their own milk until at least 6 hours after their most recent dose. This may mean discarding night time and morning milk prior to resuming regular feedings.

Child bearing women with narcolepsy and cataplexy often face the difficult decision of either refraining from medications in order to offer to baby and mom the tremendous benefits of breastfeeding, or to continue medications and formula-feed to avoid exposing infants to unsafe levels of medications through milk. For women whose narcolepsy symptoms are well managed with sodium oxybate, they may be able to avoid this dilemma. It is a potential solution during a time when narcolepsy and cataplexy symptoms are often worsened due to sleep deprivation and emotions surrounding new motherhood.

Another research group has published similar findings in an additional patient with narcolepsy and cataplexy, demonstrating that sodium oxybate was cleared from the patient’s milk 5 hours following administration (Busardo et al., 2016). Additional studies will be necessary to determine conclusively that sodium oxybate can be safely used during breastfeeding, but the researchers of this study hope that these findings can assist patients and doctors in discussions surrounding medication regimens during the post-partum period.

Questions regarding the work can be directed to the principal researchers on the study: Emily Barker, Ph.D. (emily.barker@case.edu) or Katherine Sharkey, M.D., Ph.D. (katherine_sharkey@brown.edu).