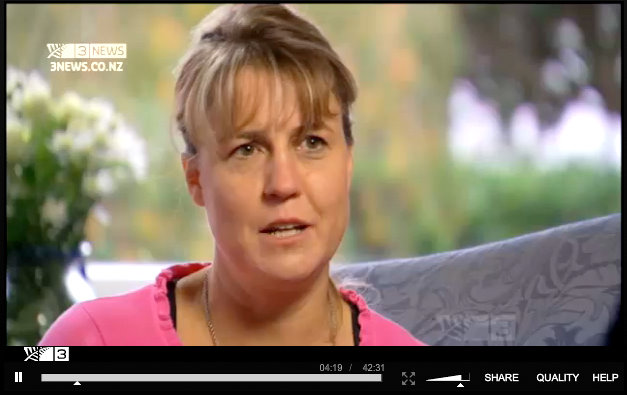 One of my blog followers, Rhonda was featured in this great documentary. Rhonda explains, “I have had narcolepsy since I was a teenager and was not diagnosed until 40. I thought – if this documentary could help ONE person be diagnosed more easily then I would change someone else’s life for the better.”

The program describes the symptoms of cataplexy and excessive daytime sleepiness. The show also highlights the invisible and pervasive nature of narcolepsy.

In the few days since the documentary aired, “the response has been overwhelming,” Rhonda reports. “It seems that a few people may obtain a diagnosis as a result – thus my goal was achieved! It also shows that there are many people out there living with narcolepsy who have never met or spoken to another person with the condition.”

Rhonda is interested in starting a support group in New Zealand. Hurray! Thank you to Rhonda, Liesel, the doctors and 3rd Degree team for creating this amazing narcolepsy TV documentary.