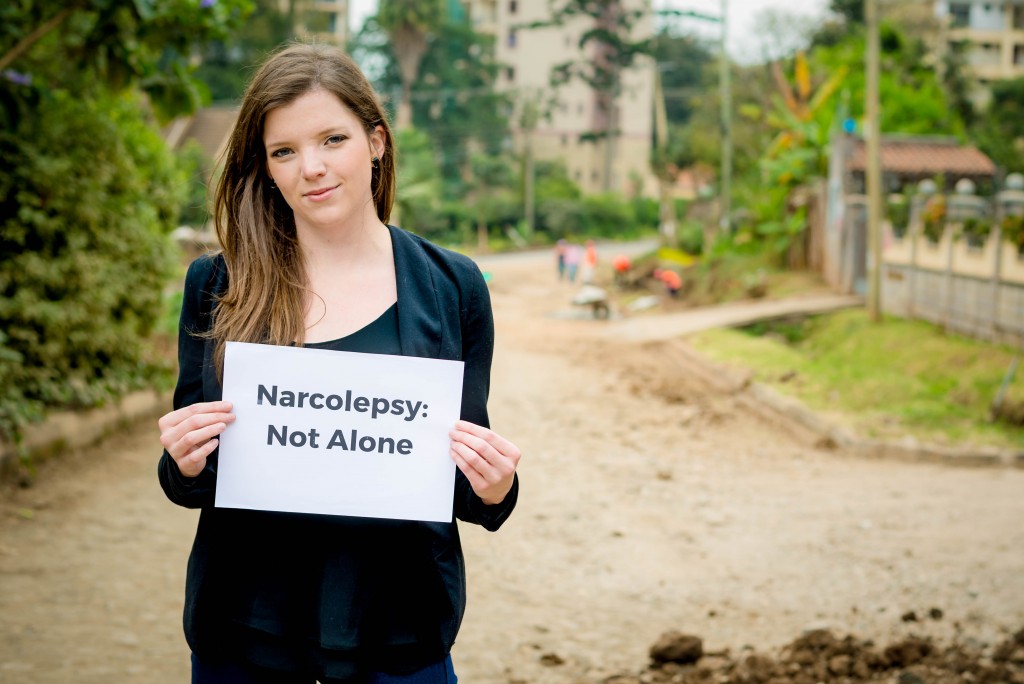 As a 29-year-old, female journalist and photographer, I am accustomed to the words people use to define me; “Fearless”, “gutsy”, “courageous” are just a few.

But, as a woman living with severe narcolepsy, I often struggle to reconcile these one-dimensional characterizations with my own sense of self.

That disconnect was recently underscored when I announced my decision to relocate from Minneapolis, Minnesota to Nairobi, Kenya to pursue a career as a foreign correspondent.

Though my community was deeply supportive of my decision, it was also clear that the inundation of questions and comments about my cross-continental move were becoming more exhausting than the physical move itself.

“You’re so fearless,” an acquaintance told me. “That takes some serious guts,” another remarked.

“But aren’t you afraid?” they both asked.

My response to the latter became almost automatic; an elevator pitch persuading other Americans to view East Africa as a welcoming, vibrant region with incredibly warm, kind people living there.

Though my response was wholeheartedly accurate, it also provided an avenue to circumvent the real question “but aren’t you afraid?”

In truth, I was afraid. Terrified in fact, to establish a new life in a country that was completely and wholly unlike my birthplace.

But it wasn’t the geographical distance or cultural foreignness that shook my foundation. Rather, it was the conceptual cutting of my medical safety net – of leaving my seasoned neurologist, skilled nursing staff and neighborhood pharmacy that reliably stocked my medication – that was so profoundly terrifying.

In fact, it was my biggest fear.

I was 25 when I was diagnosed with narcolepsy, a chronic neurological disorder that causes the body to lose its ability to regulate a sleep/wake cycle. In essence, I – and the 200,000 other Americans like me – experience constant, unrelenting exhaustion despite spending up to 22 hours a day asleep.

For me, my life before January 26, 2012 – the day I took my first dose of medication – consisted of little more than survival.

Tethered to a life beneath my bed sheets and unable to find clarity in the few waking hours I was allowed each day, I slowly transformed into a physical culmination of bone-breaking exhaustion, isolation and profound anger. During those years, I clearly felt myself succumbing to the withering of my own soul, undone.

It took over ten years for my doctors to properly diagnose and treat my sleep disorder, a day that finally came on a chilly January afternoon in 2012.

More than three years later, I am not just surviving – I am thriving. I’m following my passion of journalism and photography in one of the most vibrant cities in the world and finding personal meaning in small moments that life failed to provide in my first 25 years on this earth.

But despite the almost indescribable change in my life – managed by a powerful medication regimen and strict sleep schedule – I still remain chained – albeit loosely – to a profound and paralyzing fear that I will lose everything again.

That fear is even more acute because I live in a country where pharmacies do not stock or sell my narcolepsy medications, making me feel as though my bag full of American-derived pills are only difference between my everything and my unraveling.

But after three months of life in East Africa, I have finally decided to slough off this hollow branding of a fearless journalist in exchange for a new response to the question, “aren’t you afraid?” A response that is honest and more importantly, brave.

My response is: Yes, I am afraid. I am always afraid; I cannot change that.

But instead of succumbing to the palpable anxiety of a possible return into my darkness, I am choosing something different.

I am choosing to live bravely with my chronic illness.

For me, being brave is to take calculated risks; to move to East Africa, pursue a dream and to create a life that is bigger than my own. It is to plan well, pack light and hope for the best. It is to recognize your fears and ask for help when you need it. But most importantly, it is to be lionhearted and courageous in the face of what life has given me.

It is to be brave despite and because of your chronic illness.

Katie G. Nelson is an American journalist and photographer covering human rights, health and aid accountability issues in East Africa. She is headquartered in Nairobi, Kenya. You can connect with her via social media or email. And if you’re in Nairobi sometime soon, make sure to drop her a line.