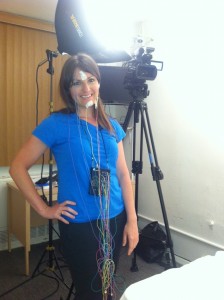 This week, I had the honor of traveling to New York City for the filming of a PBS narcolepsy documentary. My interview took place at Montefiore Medical Center’s Sleep-Wake Disorders Center, a nationally-renowned narcolepsy center located in the Bronx, NY.

Tuesday morning, I traveled to Montefiore to meet the producer and film crew of Healthy Body Health Mind, public television’s most carried health series. First, the producer interviewed me about living with narcolepsy. Then,the fun began! I got geared up for a “sleep study” for the cameras. The sleep technician placed electroids on my face. Aw, the glamorous life of a naroclepsy advocate! 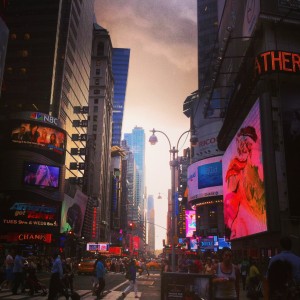 Working with the folks from Montefiore Medical Center and Healthy Body Healthy Mind  was a great experience. Only in NYC for less than 24 hours, I enjoyed a few slices of pizza and walked around in the bright lights. I heart NY!

The program will air on public television stations across the country in late August or early September. I will keep you posted!