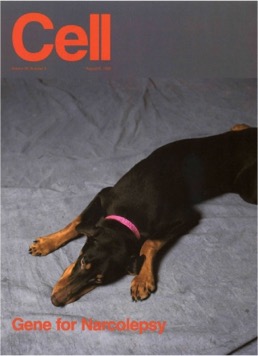 Twenty years ago today, a dog named Kahlua was on the cover of the journal Cell. Kahlua was a doberman pinscher with canine narcolepsy and an important piece of history.

Today marks 20 years since Dr. Emmanuel Mignot, MD, PhD, and his team at Stanford University published their key paper in Cell on the genetic mutations responsible for canine narcolepsy. The paper identified that mutations to the hypocretin (orexin) receptor 2 gene caused canine narcolepsy in Kahlua and the Doberman colony at Stanford, a discovery that had important implications for sleep science and humans with narcolepsy.

Mignot’s breakthrough was part of an amazing flurry of scientific discoveries, each building on one another. In 1998, Luis de Lecea, PhD, while at Scripps Research Institute, first discovered that hypocretin existed. Building on this, Mignot’s team published their key paper on August 6, 1999 and just two weeks later, on August 20, 1999, Masasi Yanagisawa and his group at the University of Texas also published in Cell implicating hypocretin (orexin) in mice with narcolepsy-like symptoms. 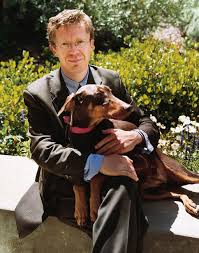 In Sleepyhead: The Neuroscience of a Good Night’s Sleep, author and fellow person with narcolepsy, Henry Nicholls eloquently tells the riveting history in Chapter 5: Sleeping Dogs Don’t Lie. My summary doesn’t do this story justice, I highly recommend Nicholls’ book!

In 2000, further research suggested that hypocretin was not present in the cerebrospinal fluid of people with narcolepsy. That same year, two groups, Mignot’s team and another led by Jerome Siegel, PhD at UCLA found that the lack of hypocretin in humans with narcolepsy was not due to gene mutations (as was the case with the dogs) but due to hypocretin cells actually being missing in their brains.

So while August 6, 1999 was not the beginning or the end of the hypocretin(orexin) story, it was a huge leap of progress and a moment with celebrating today. This discovery flurry spurred many more questions like: How did hypocretin go missing in the brains of people with narcolepsy? Could targeted treatments be developed to address this deficiency?

Recently, I caught up with Dr. Mignot to ask him how he felt about the 20th anniversary of his discovery.

“The ride has been spectacular,” described Dr. Mignot. “From isolation of the hypocretin/orexin receptor gene in dogs, to the autoimmune basis of narcolepsy and the implication of the H1N1 flu as a trigger and now hypocretin/orexin agonists to treat patients, it has never been as exciting.”

Personally, I wasn’t part of the narcolepsy world in 1999, as I still had my hypocretin. My “grand entrance” came a few years later. First, with a slow descent into the deep end of sleepiness around age 19 in 2003. Next came the burglars at night and knee-buckling laughter by day, around age 21 in 2005.

In 2007, at age 24, I was officially diagnosed with a classic case of narcolepsy with cataplexy. That’s when I learned about hypocretin, or my lack thereof. Like most things, appreciated more once lost.

At the time of my diagnosis in 2007, a few hypocretin-based treatment approaches had been explored, including a nasal spray, but with little success. Another big piece of the narcolepsy story came a few years later, unfortunately, in 2009-2010 when the H1N1 flu epidemic and Pandemrix causing an upsurge of cases. 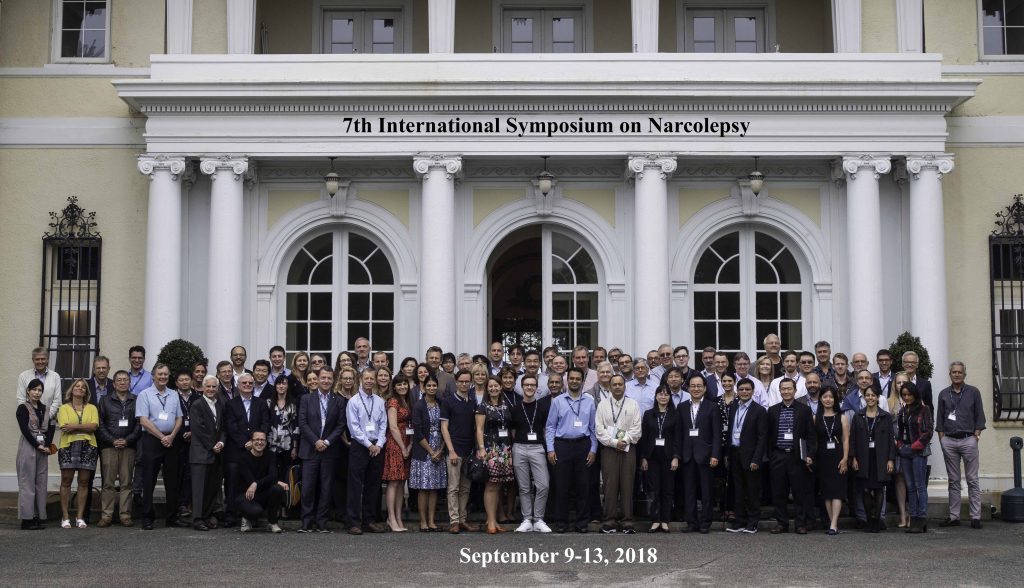 Just this past year, two groups of researchers made important progress. In September 2018, Latorre and colleagues’ ground-breaking paper in Nature indicated that particular immune cells (called T cells) may be involved in the attack on hypocretin/orexin neurons. This finding furthered the theory that narcolepsy may be an “autoimmune condition.” (Here’s a great lay-friendly summary.)

Soon thereafter, in December 2018, Mignot’s team offered complimentary findings in a publication in Proceedings of the National Academy of Sciences, suggesting that these immune cells may mistakenly attack hypocretin/orexin neurons that “resemble” certain pieces of flu virus. (Here’s a lay-friendly Thrive Global article by Dr. Mignot). 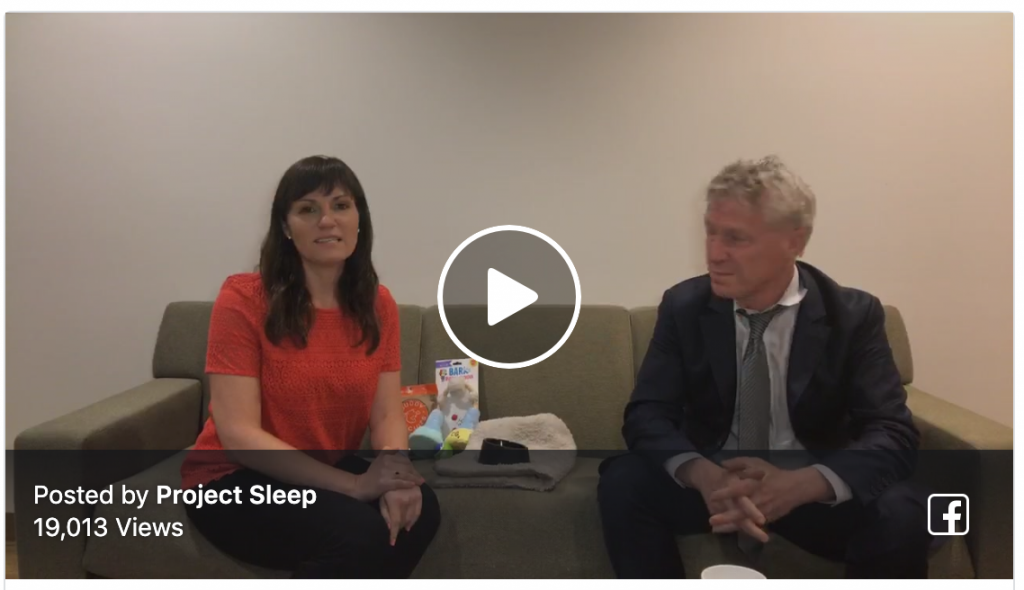 LOOKING TO THE  FUTURE:

“With the knowledge that we have now, prevention, diagnosis and revolutionary narcolepsy treatments are within reach”
-Dr.  Emmanuel Mignot, MD, PhD 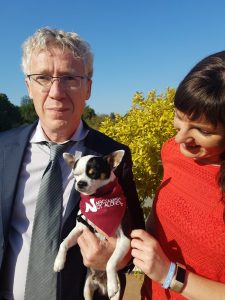 Today is a great day to celebrate our history and look to our future. Getting closer to understanding exactly what causes narcolepsy in certain individuals holds incredible potential that could lead to new diagnostic procedures and preventive strategies.  Likewise, narcolepsy could serve as a model to help scientists better understand the biological underpinnings of other serious health conditions as well.

“I believe narcolepsy will be the first autoimmune disease that will be understood from the genetic point of view to environmental triggers to mechanisms of hypocretin/orexin cell destruction,” explained  Dr. Mignot. 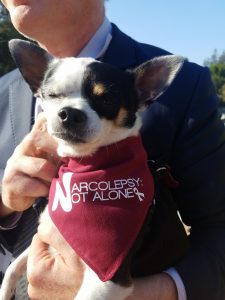 In 2017, the nonpeptide orexin type-2 receptor agonist, YNT-185 was found to improve narcolepsy-cataplexy symptoms in mouse models. The research team is currently refining the compound. Also in 2017, a patent was claimed for orexin 2 receptor selective agonist, structurally different from YNT-185. The patent includes strong agonists including the clinical candidate TAK-925, that advanced to human studies. In Japan, the first-in-human phase 1 clinical trial of TAK-925 are currently underway with people with narcolepsy, healthy adults, and elderly people.

Likewise, there is more exciting drug development in the narcolepsy space than ever before, with Solriamfetol’s recent FDA approval, Pitolisant under FDA’s review, and other important clinical trials underway. See my post here for details on the drug development described in this section.

YOUR ROLE IN BUILDING THE FUTURE:

It can be tempting to assume that narcolepsy research will go on its merry way, and we can back and wait for advancements to be reported. But we DO have a role to play. Critical research is still needed and it costs money, a lot of it. 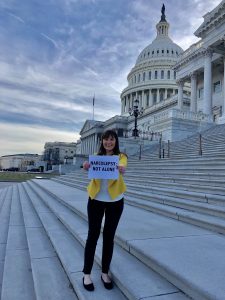 Raise your voice TODAY! This August 2019, we are enabling YOU to inform your Senators on why sleep research and awareness matters to you and what they can do to help. Your Summer 2019 Advocacy Toolkit has everything you need to take action now.

Thank you for your support and here’s to another 20 years of transformative advancements!