Skip to content
With just less than a week to go before the big day, I’m proud to report that I’ve exceeded my fundraising goal of raising $5,000 towards narcolepsy research! Thank you so much your generous contributions. I’d like to share some exciting news about the important research that will be supported with this money. Well, there’s good news and bad news… 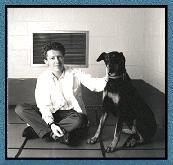 Lets start with the good news! Dr. Emmanuel Mignot of Stanford’s Center for Narcolepsy is one of the world’s premiere narcolepsy researchers. I’ve never met Dr. Mignot, although I feel like we’re old friends, as I’ve read and heard so much about him.  Not only is Dr. Mignot a distinguished narcolepsy researcher, but he’s also a dedicated advocate for people with narcolepsy.  I’ll never forget a quote of his I read in the New York Times back in 2007.  The article described:
“Dr. Mignot is optimistic about cracking the immune-system connection in narcolepsy soon. ‘I don’t care actually even if it’s going to take a long time,’ he said. ‘I’m ready to cross deserts.’ ”

Someone willing to cross deserts for narcolepsy? My jaw hit the ground.  Dr. Mignot’s determination means so much to me and all people with narcolepsy. It’s a light at the end of the tunnel, it’s hope for a brighter future.

Now, just two and a half years after that New York Times article, Dr. Mignot believes that we are indeed very close to cracking the immune-system connection to narcolepsy! As an autoimmune disorder, it is believed that narcolepsy is caused by autoimmune destruction of the 70,000 brain cells producing hypocretin, a wake-promoting substance in the center of the brain.

Dr. Mignot would like to continue along this line of immunology research by participating in the ImmunoChip project this June – where the genetic architecture of narcolepsy would be compared and contrasted with other autoimmune diseases to learn about the genes predisposing people to narcolepsy (and other autoimmune diseases).  If proven that narcolepsy is an autoimmune disorder, it would be the first example of a neuronal specific autoimmune disorder, and could serve as a model for other diseases such as schizophrenia, bipolar disorder or autism.
But here’s the bad news: unfortunately, Dr. Mignot does not currently have the funding necessary to take his next step.  In the past year, Dr. Mignot’s team at Stanford has submitted over eight grants for narcolepsy research to the NIH, with none having been funded.
Narcolepsy research receives very little funding compared to other diseases and disorders. Although the prevalence of narcolepsy is equal to the prevalence of Type1 Diabetes and Multiple Sclerosis, the funding for these other autoimmune-related diseases are thousands of times greater.
If Dr. Mignot were able to participate in the Immunochip project, our understanding of what immune pathways are disturbed in narcolepsy would be greatly increased. In addition, we would be able to design new therapeutic interventions and perhaps even find a way to detect narcolepsy in predisposed subjects before it starts and prevent it from developing!
Using similar technology, several hundred immune related susceptibility genes for many autoimmune disorders have been discovered (including multiple sclerosis, lupus, Type I diabetes, Inflammatory Bowel syndromes, Celiac disease/Gluten intolerance).
Without the necessary funding from the NIH, Dr. Mignot recently reached out to Wake Up Narcolepsy founder, Kevin Cosgrove, in hopes that there might be some alternative way to fund this vital research.  Dr. Mignot stated that,

“I am keen to participate, not only because it is the right thing to do scientifically but also because it will raise narcolepsy knowledge and visibility to the level of other autoimmune diseases that are much better funded and studied.”

Wake Up Narcolepsy has committed to doing all that it can to help support Dr. Mignot’s work.  Funds raised through my marathon efforts will be going towards this effort. Although this will not be nearly enough to fund Dr. Mignot’s entire ImmunoChip project, it is my hope that every bit counts.

Some of us will run marathons, others will cross deserts. There is no telling what a few determined people can do when they put their hearts and souls together for a worthy cause. We’ll beat narcolepsy, I know it.

(Please contact me at julieflygare@gmail.com if you’d like more information about what you can do to help us in our efforts to fund Dr. Mignot’s research.)
Posted in Boston Marathon, Finding a Cure, Narcolepsy, Narcolepsy Research, REM Runner Blog